Apple Vs. The FBI 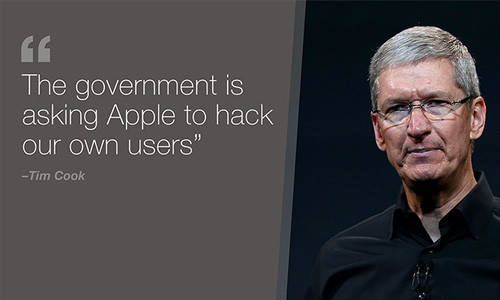 Is the FBI going too far in their requirements for Apple?

By now, you’ve certainly heard of The FBI’s order that Apple help them unlock the iPhone of one of the San Bernardino shooters. At first, I thought it wasn’t a big deal. After all, there were fourteen people murdered and many more who were wounded. You would think that Apple would have no problem helping out.

However, Apple — as well as many others — see it as a privacy issue that affects consumer privacy and trust. In a letter titled “A Message to Our Customers,” Tim Cook convincingly spells out the implications of the FBI order.

“But now the U.S. government has asked us for something we simply do not have, and something we consider too dangerous to create. They have asked us to build a backdoor to the iPhone. Specifically, the FBI wants us to make a new version of the iPhone operating system, circumventing several important security features, and install it on an iPhone recovered during the investigation.”

Cook adds that in the wrong hands, this software, which doesn’t even exist right now, would have the potential to unlock any iPhone in existence. It certainly sounds scary, and Apple has earned a lot of support.

The editorial board of the New York Times recently published a much-cited piece titled, “Why Apple Is Right to Challenge an Order to Help the F.B.I.” While the article notes that law enforcement agencies have a legitimate need for evidence, especially when it comes to terrorism cases, the Constitution and the nation’s laws limit how investigators and prosecutors can collect evidence.

The Department of Justice claims that Apple is only required to write a new version of iOS just for this case, but the New York Times — as well as many others — believe that this new version of iOS that compromises the security of its customers will eventually be used in other cases as well. 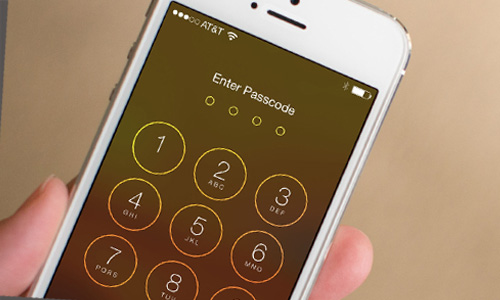 Will consumer security be compromised if Apple cooperates with FBI?

Senator Diane Feinstein believes Apple is putting its commercial aspirations ahead of national security. Even the outspoken Donald Trump has called for a boycott against Apple, stating that Apple needs to help the country fight terrorism. There have been hearings scheduled to bring FBI Director James Comey and Apple CEO Tim Cook together.

Many people believe that we should support our government, but has our government always supported us? Our government has lied to us in the past, especially when it came to telling us we needed to go to war with Iraq because of some weapons of mass destruction that never existed.  Perhaps Apple’s fight to save consumer privacy and protect the nation’s constitutional rights will contribute even more to our well-being than their well-made products.

Daryl Deino has been a technology enthusiast since 1995 and has written for several newspapers and technology sites. Please reach him at [email protected]
View all posts by Daryl →
This entry was posted in Tech News and tagged Apple, Consumer Security, FBI. Bookmark the permalink.