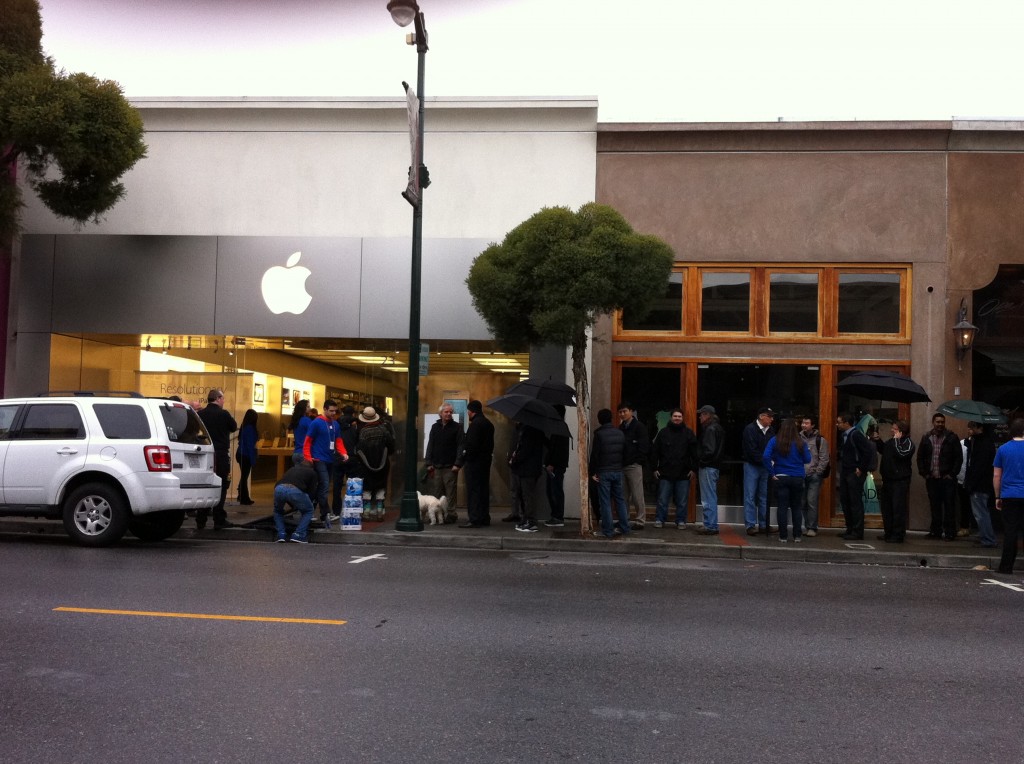 Apple starts sell its third iPad today as lines snaked their away around Apple stores from Silicon Vally to New York. Those who buy the iPad online will have to wait two to three weeks for their gadget, according to Apple’s website.

The new iPad comes with a faster processor and a much sharper screen. One of the hallmark feature of Apple’s new iPad is it supports 4G mobile networks through carrier AT&T and Verizon. The price starts from $499 for 16GB WiFi only model to $829 for 64GB 4G LTE model.

Despite competition from cheaper tablet computers, the iPad remains the most popular tablet. Apple Inc. has sold more than 55 million iPads since its debut in 2010, and expect to sell 50 million ones in 2012.

This entry was posted in Tech News and tagged Apple, iPad. Bookmark the permalink.