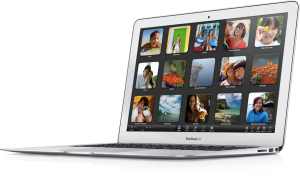 Most Recently, Apple announced that it is recalling models of last year’s Macbook Air — if you have an Air with either a 64GB or 128GB SSD drive bought within June 2012 to June 2013, your drive could be faulty and in need of replacement. The company has pushed a firmware update out to the Mac App Store which tests your drive — if your computer is affected, Apple recommends you back up your data and bring the machine to an Apple Store or an authorized retailer to have it replaced. Given that the 64GB and 128GB SSDs were the default storage options for the 11- and 13-inch MacBook Air, respectively, there could be a pretty large number of users affected by this recall. The recall only affects computers purchased between June 2012 and June 2013. Those were the first models to feature Apple’s Magsafe 2 connector; this year’s new Haswell-powered model appears to be unaffected. If you’re running one of these computers, we’d recommend you back up now, run Apple’s test, and make a Genius Bar appointment if you get bad news.