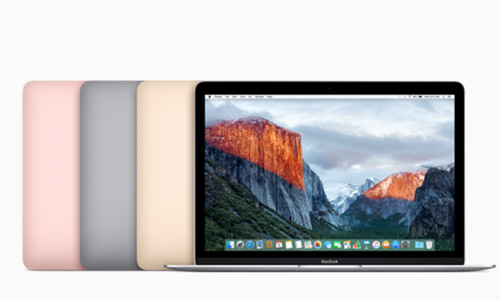 The new MacBook is onlly a slight upgrade from 2015's model.

Many suspected that Apple was about to announce an update to the 12-inch MacBook and their suspicions on Tuesday came true. MacRumors has the news.

Tests show that the new MacBook is 15 to 18 percent faster than last year’s model, but is that enough? 2015′s 12-inch MacBook Retina was a beauty to behold and a masterpiece to touch. But it lost its luster once you tried to do heavy work on it, such as word processing while editing photos with Photoshop. Then again, the MacBook was never meant to be a powerhouse; it is meant for bloggers and others who do a lot of writing and word processing.

Then, there is the keyboard on the MacBook, which some love and some hate. The butterfly keys don’t have much tactile feedback, but bigger keys with more travel would make the device less portable. Plenty of people say they got used to the keyboard after a while, but I always found it uncomfortable.

The reaction to the new MacBook has been very mixed and one can see it from reading the MacRumors forums.

“Pretty damn disappointed. No price drop./No 720p web cam./No 2160p at 60hz. Those were all the minimum expectations along with Skylake,” claims Meboy. 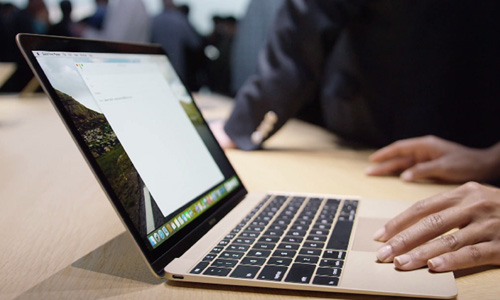 “That’s obviously a refresh, but not too bad. 15% performance, 15% battery life and twice as fast SSD are absolutely fine, don’t know why some of you were expecting a redesign one year after introduction. That’s not how Apple’s product cycles worked in the past either,” claims commenter Wowereit.

Some also expected the updated MacBook would come in a 14-inch variation as well as the usual 12-inch. Perhaps a 14-inch MacBook Air can happen when expected updated happen this June. Then again, there have been some doubts that Apple will update the Air, since the MacBook Pro has become lighter and thinner.

The MacBook would even be more appealing if Apple offered a touchscreen like they do on the iPad and iPad Pro. Steve Jobs wasn’t a big fan of touchscreens for OS X, but Tim Cook should certainly realize how well some Windows 10 laptops (Surface Pro, Dell XPS 13) with touchscreens are doing. The MacBook is supposed to arrive in stores tomorrow, but good luck finding it if the release pattern resembles anything similar to last year.

Daryl Deino has been a technology enthusiast since 1995 and has written for several newspapers and technology sites. Please reach him at [email protected]
View all posts by Daryl →
This entry was posted in Tech News and tagged Apple MacBook, Macbook, MacBook Air, MacBook Pro. Bookmark the permalink.