Apple is set to release the iPad Pro in 2015. It is going to have a 12-inch display. It may even come with a stylus. It is going to have 2GB of RAM, but don’t tell Apple fanatics that 2GB RAM is so 2012. Unfortunately, it will also run Apple’s mobile iOS operating system. Apple thinks they are going to give their falling tablet market a boost with a bigger version of the iPad. Though they won’t lose any money with the iPad Pro, the tablet could flop. 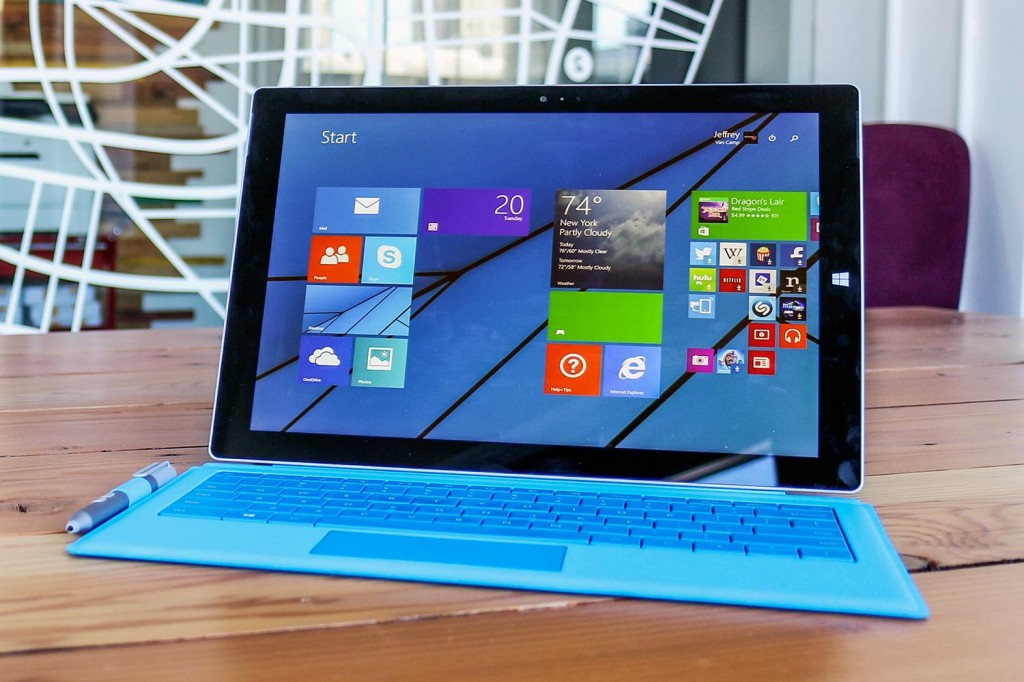 Micrsoft got it right with the Surface Pro 3

Microsoft has it right and the success of the Surface Pro 3 proves that people want a tablet that can also be used as a powerful laptop. The Surface Pro 3 is as thin as a tablet, weighs less than two pounds, and can perfectly run software titles such as Adobe Acrobat, Adobe Photoshop, Vegas Video, Microsoft Word, etc. If you need a keyboard, there is the wonderful Type Cover 2, which is just about as good as any laptop keyboard.

Consumers don’t want to carry a tablet and a laptop separately. This isn’t 2010 anymore. It’s hard to understand why Apple has never embraced a touchscreen device running OS X. Craig Federighi, Apple’s senior vice president of software engineering, told CNET that introducing Macs or MacBooks with touchscreens is something Apple has no plans to do.

“We don’t think it’s the right interface, honestly,” Federighi claimed. He also said that it’s really uncomfortable to sit at a desk and continuously reach forward to touch a computer screen.”

Perhaps if Apple put a touchscreen on an OS X iPad, one wouldn’t have to reach too far to touch the screen. Can you imagine how exciting it would be to run the real version of Photoshop on an iPad? Running Final Cut Pro on an iPad would also be a dream come true. Apple would make a fortune—even more than they are making now.

The iPhone 6 Plus has replaced the iPad. The size of the screen is big enough for consumers to use as a both a tablet and smartphone. Apple is correct in predicting consumers want a bigger tablet and 12-inches is the perfect size. But if the 12-inch iPad runs a mobile operating system and isn’t much different from the 9.7-inch iPad or the 5.5-inch iPhone 6 Plus, how does Apple expect their upcoming tablet to be a success?

Daryl Deino has been a technology enthusiast since 1995 and has written for several newspapers and technology sites. Please reach him at [email protected]
View all posts by Daryl →
This entry was posted in Tech News and tagged Apple, iPad, iPhone. Bookmark the permalink.