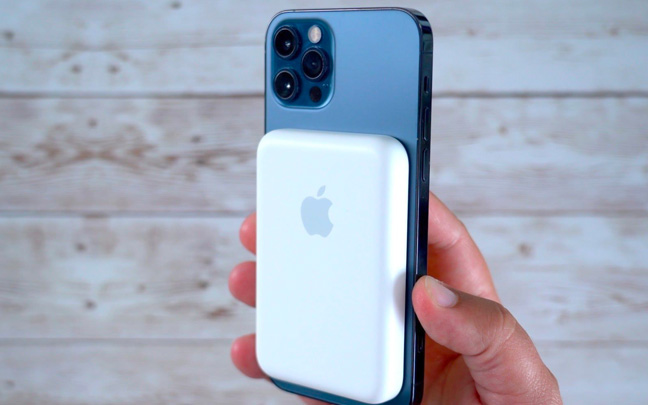 Apple has finally released its MagSafe Battery Pack, and — like a lot of Apple products — it has received a lot of hype. But unlike most Apple products, including the recent AirTag, it doesn’t live up to the hype. It’s far below Apple’s usual high standards.

First off, the white rectangular shape of the Pack looks very “Apple” and sculpted. The magnet is very strong, and you’ll have a great time connecting and disconnecting it to the back of your iPhone. It even connects if you have a thin sleeve on your phone but may slip off with pressure.  This product somewhat resembles an iPod from the mid 2000s. You may even enjoy putting it in and out of its packaging. But that’s about it.

One has to remember that a decent magnetic charger for an iPhone would be a lot larger and wouldn’t easily stick to the back of the phone. Some people buying this already understand that. They think that despite the lack of power, the MagSafe Battery Pack will still be convenient. They believe it may not charge the iPhone a lot, but it will keep the charge. But my tests show that simply isn’t true. 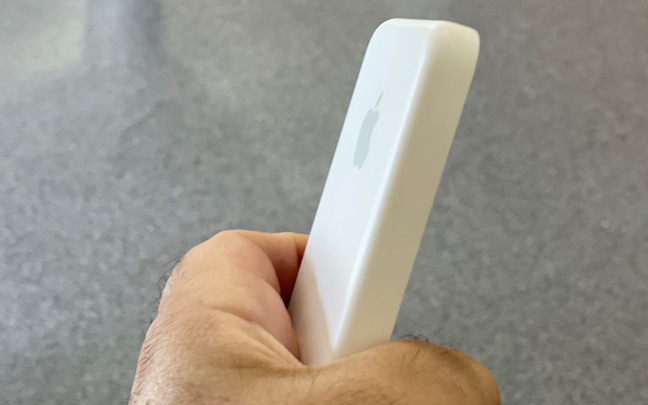 As an example, I put the Battery Pack on my iPhone 12 Pro, which was charged 40 percent. I used the GPS to drive around. I expected that after my 20 minute ride, I would possibly have at least a 5 percent increase in power. But my battery was left at 32 percent. I tried to see if I had something running in the background that would eat up battery life like a monster, but there was no such thing. It was so disappointing, because I really wanted to like this product.

I would like to say that if — perhaps — the MagSafe Battery Pack were cheaper, it would be worth the price. But that’s not even the case here. I am assuming Apple rushed these to the market without completely testing them. It’s possible that they work better with less power-hungry versions of the iPhone, such as the regular iPhone 12 or even the iPhone 12 mini. In fact, the Pack fits perfectly on the iPhone mini. But those who have Pro models (11 or 12) should stay as far away from the MagSafe Battery Pack as possible.

Daryl Deino has been a technology enthusiast since 1995 and has written for several newspapers and technology sites. Please reach him at [email protected]
View all posts by Daryl →
This entry was posted in Review and tagged Apple MagSafe Battery Pack, iPhone 12 Pro. Bookmark the permalink.