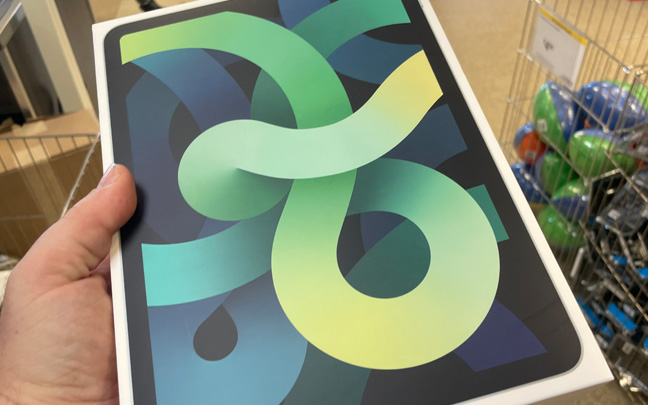 The latest iPad Air lacks some of the iPad Pro's special features.

The version of the 2020 iPad Air that is being reviewed for this article is the 64GB WiFi version, which can be purchased for sale at Micro Center for $530, which is $60 off the regular price.

Apple made some significant changes to its new iPad Air, which was released late last year. For one thing, it looks just like the Pro except it has slightly larger bezels and is slightly thinner. Instead of an 11.1-inch screen, it’s 10.9-inches. Instead of Face ID, the Air uses the power button for Touch ID — something that’s more convenient with people wearing masks.

It runs on the powerful Apple A14 processor and has 4GB of RAM, which is enough for most tablet users. The 64GB version may seem inadequate for storage, but it’s fine for most people at a time when most things are stored in the cloud. 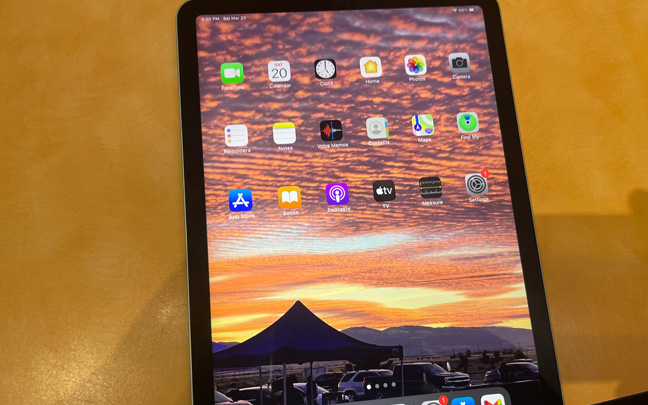 The latest iPad Air has 4GB of RAM.

But there are some significant differences between the latest iPad Air and iPad Pro 11, which was reviewed here last April. The biggest being that the Pro has a 120Hz ProMotion display, which allows for smoother scrolling and more realistic inking capabilities (with the Apple Pencil 2).

Both have Apple’s True Tone displays, but the screen on the Pro seems to have a slightly better contrast ratio. And the battery life on the 11 Pro, which gave me 8.5 hours of non-stop streaming, is also significantly better than the 5 hours offered by the iPad Air. 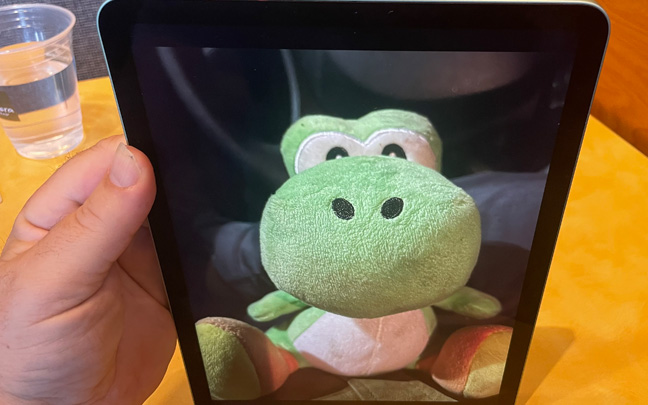 The iPad Air has a great screen, but Pro users may be disappointed.

The iPad Air has two speakers that work very well. You’d be satisfied if you hadn’t ever heard the audio on the iPad Pro, which sounds as good as any high-end laptop. To most people, this isn’t too much of a big deal since they can always use their earbuds or headphones for the best sound quality.

If you are using any iPad as a laptop replacement, there will be many challenges. However, the 11-inch Pro, with more RAM, is less of a challenge. Both iPads do work with Apple’s Magic Keyboard.

Don’t get me wrong; if cost is an absolute issue, one should definitely go with the new iPad Air. But if you could take just $200 from your $1400 stimulus check, you’ll definitely be better off with the iPad Pro, especially since a new version is expected to be announced in April.

Daryl Deino has been a technology enthusiast since 1995 and has written for several newspapers and technology sites. Please reach him at [email protected]
View all posts by Daryl →
This entry was posted in Review and tagged Apple, iPad Air, iPad Pro. Bookmark the permalink.