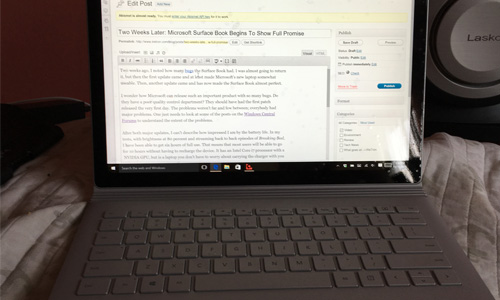 The Microsoft Surface Book still feels like a beta experiment.

I wanted to like the Surface Book. The idea of having a MacBook Pro-like machine with a solid keyboard where you can detach the screen and even use it as a tablet was what I had wished for since the release of the original Surface Pro in 2013.

There were some bugs when I started using the Surface Book. Actually, there were a lot of bugs. But I was sure that within a month or two, these bugs would go away. However, more than three months later, I don’t even use my Surface Book anymore. I want to send it back for a new one, but am afraid Microsoft hasn’t fixed the problems yet, which may — unfortunately — be hardware related. I’ll wait another month or so, get an updated replacement, and then sell it.

Here are the main problems I have been having with the Surface Book.

The sound that the Surface Book makes when the screen is separated sounds like nails on a chalkboard. You think you are destroying the unit when you do this. About half of the time, after pressing the detach button, the green light won’t even go on. When it does, you still can’t be sure you are doing the right thing by removing the screen. 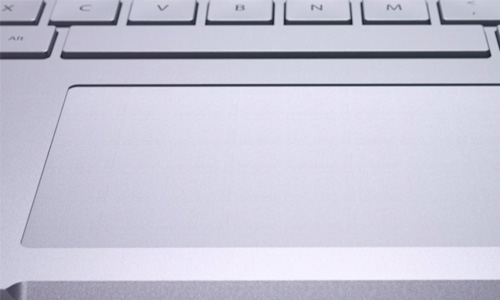 The Surface Pro trackpad feels nice, but is a total mess.

It has a nice feel to it, but would be better if it actually worked. If you enable taps, you shouldn’t have any problems. I’m one who doesn’t like to do this and would rather click on the trackpad. Unfortunately, this works about half of the time. The more you click towards the center, the better chances of it working. Still, on a unit that costs over $2000, every click should work perfectly.

If you want your battery to run out, by all means, put the Surface Book into Sleep mode. Sleep Mode is supposed to stall the draining of the battery. This certainly doesn’t happen on the Surface Book, even after three major updates. It’s better to put the Surface Pro into Hibernate mode or completely shut it down between uses. Then again, did you really pay $2000 for this?

I will admit that this isn’t a huge problem anymore. When I first got the Surface Book, the screen would turn all black and it would take about twenty seconds to refresh due to defective video drivers. With the latest update, it now only happens once in a while — and that is still too much.

The moral of the story: Wait for the second version of the Surface Book. It could become a groundbreaking device, but it’s definitely not there yet.

Daryl Deino has been a technology enthusiast since 1995 and has written for several newspapers and technology sites. Please reach him at [email protected]
View all posts by Daryl →
This entry was posted in Review and tagged Microsoft Surface Book. Bookmark the permalink.