Will The Bose QuietControl 30 Be The Ultimate Wireless Headphones? 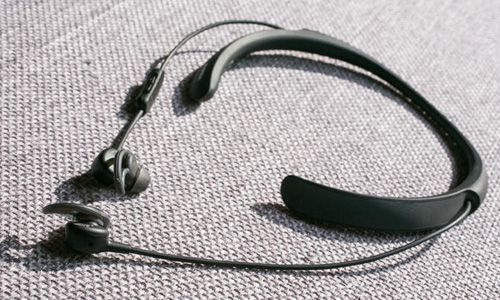 The QC 30 will be available in September.

Those who are bothered by constant high-level noise cancellation may want to wait until September when Bose releases the QuietControl 30, the follow-up to 2013′s QC20, the first wireless in-ear buds on the market. The QC 20s sold for $300, but were worth every penny. 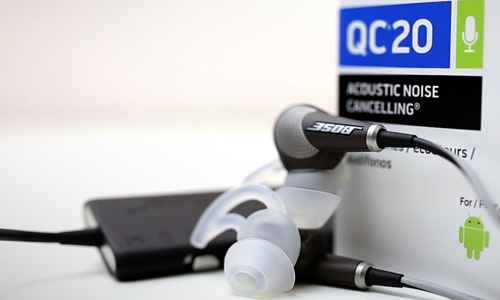 The QC 30s will come in a neckband design, and they have one amazing feature that the QC35 lacks — controllable noise cancellation. If fact, you can set the amount of noise cancellation just by pressing a button on the remote. This is a feature many audio consumers are looking for, but one that is barely offered.

CNET says that not only does the sound of the QC 30s have the usual “Bose” quality, but they are comfortable. The earbuds don’t massage your eardrums, but they fit comfortably enough with the ear tips Bose offers. TechRadar is also pleased, but thinks the actual earbuds are a bit bulky. They also think the neckband could be an inconvenience.

Perhaps, the most important thing readers want to know about is the sound, which TechRadar‘s hands-on review generally likes.

“But enough about the noise cancellation, how do they actually sound? Pretty good as it turns out. Their soundstage isn’t quite as wide as their over-ear brethren, but the bass has a good amount of kick to it without becoming overwhelming.”

We are going to see a lot of new Bluetooth headphones in the next couple months, especially since the new iPhone 7 and iPhone 7 Plus are doing without the headphone jack. Sennheiser also released a really good (but not as good as the Bose QC 35) pair of headphones, the PXC 550 Wireless, which will be talked about soon in another post.

Besides Sennheiser and Bose releasing wireless earphones or earbuds, we can expect Sony, Bowers & Wilkins, and possibly, even Apple to come and join the wireless party this fall. While it’s true that the sound of wireless audio hasn’t yet matched wired audio, it is getting pretty close. Mark my words: Within two years, wired headphones will be passé.

Daryl Deino has been a technology enthusiast since 1995 and has written for several newspapers and technology sites. Please reach him at [email protected]
View all posts by Daryl →
This entry was posted in Tech News and tagged Bose QC 20, Bose QC 30, Bose QC 35, Wireless Headphones. Bookmark the permalink.