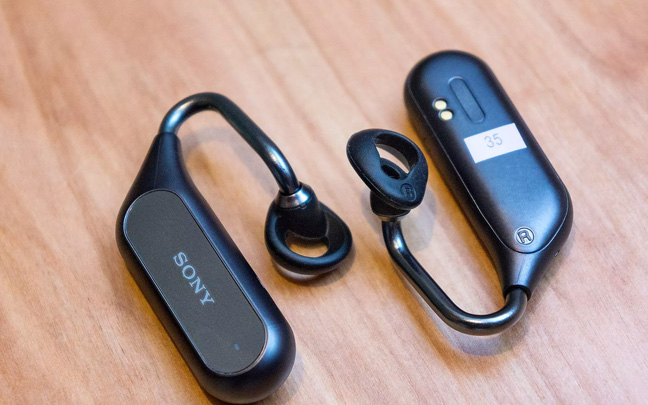 Sony’s XPeria Ear Duo Bluetooth wireless earbuds (well, they are bigger than most earbuds) have been demonstrated at many mobile events over the past year. However, this past weekend, Sony officially announced at WMC 2018  that the Xperia Ear Duo would hit the market soon. Android Police has the news.

”So Sony is following up now on its original Xperia Ear, which eventually launched in October of 2016, with an upgraded model dubbed the Xperia Ear Duo.”

While this article refers to them as an upgrade of the Xperia Ear Duo, others believe this is an upgrade to the WF-1000X buds.  The article adds that Sony claims the buds provide an unparalleled ambient experience through “Dual Listening” technology that lets you listen to music, hear your notifications, and even hear all surrounding sounds at the same time. The headset adjusts the volume based on your environment. 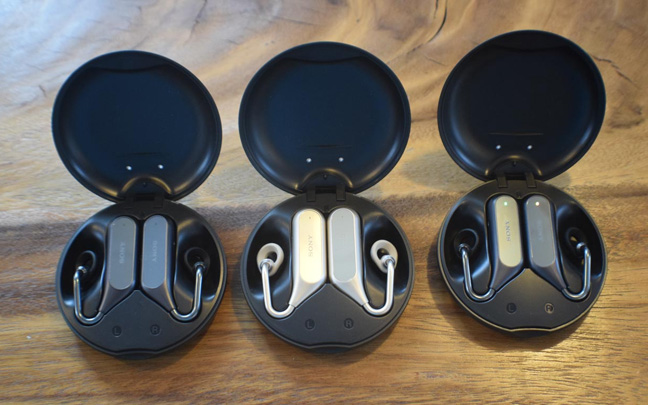 Gareth Beavis of Tech Radar spend some time with the Duo, and thinks they are innovative and weird.

“Hmmmm – these are weird, but innovative. There’s something cool here, but perhaps they’re a bit on the bulky side. The sound quality is better than expected and they offer an element of safety other headphones don’t.”

Beavis adds that the earbud-like headphones are a little difficult to put on. He says you can easily hear conversations around you while listening to music. I’ve read plenty of articles about the XPeria Ear Duo, and it sounds like they are similar to the AirPods — there is absolutely no sound isolation. I don’t know how that makes the Ear Duo groundbreaking, but perhaps I’m missing something.

Sony came out with their first set of earbuds in September. The WF-1000X seemed promising at first. But after you use them for a day, you experience their faults. This is why Sony had to reduce the price by as much as $40 over the past six months. Not only is the phone quality awful, but there are connection issues as well. You could try a software update, but that has caused a lot of problems as well. The best thing about the WF-1000X is that they have active noise cancellation that works well. And they offer decent sound quality. But the WF-1000X is still a half-baked product.

It’s understandable that the Ear Duo buds won’t have noise cancellation — they are not made for that. Let’s hope that there aren’t any reports of connection issues when they are finally released. Let’s also hope that Ear Duo buds can be used for high-quality phone calls no matter what environment you are in. Sony’s quality control department better be on the ball before these things are released.

Daryl Deino has been a technology enthusiast since 1995 and has written for several newspapers and technology sites. Please reach him at [email protected]
View all posts by Daryl →
This entry was posted in Tech News and tagged AirPods, Earbuds, Sony Xperia Ear Duo, WF-1000X. Bookmark the permalink.