Why You Should Protect Your Apple Watch Screen 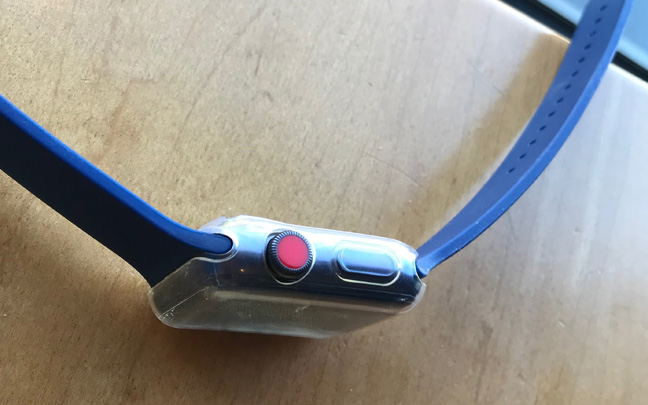 The Apple Watch uses “Ion-X” glass, and doesn’t scratch under normal conditions. But the conditions you are in will not always be normal. This comes from someone who scratched his first Apple Watch by sticking his wrist in the freezer, trying to pull out a bag of vegetables.

My Apple Watch Series 2 was scratched when I was walking and accidentally scraped my wrist against the wall. I normally avoid the wall with my body parts, but sometimes accidents happen. And it happens that I was wearing my Apple Watch at the time.

So, now that I have the Apple Watch Series 3 (with LTE capabilities), I decided I needed a screen protector. I originally purchased a tempered-glass screen protector from OneWalker on Amazon. Because the watch screen curves, I shouldn’t have expected that the protector would cover the whole glass part of the Watch, and it didn’t. Furthermore, the glass on the screen protector broke. I wasted $7.99, but it could have been a lot worse.

Somebody recommended the Amoyzk iWatch case that is also sold on Amazon. I received it this weekend, and I couldn’t be happier. It came in a small package, and as you can see from the picture below, I tore the package apart like a hungry dog. 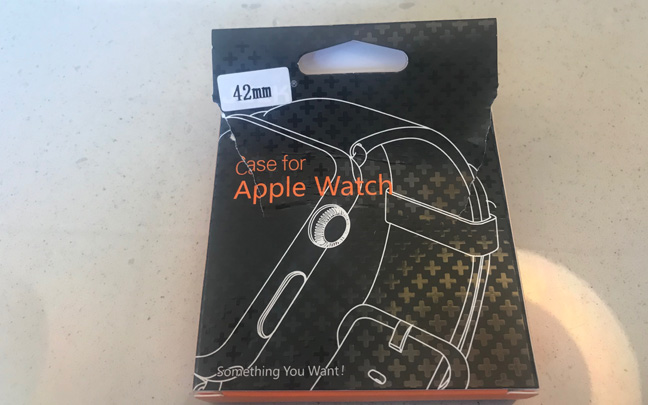 I had to detach the bands on the watch in order to put the case on. The clear case was a little difficult to put on, and I had to stretch in in all of its corners to make sure it fit the Watch accurately. But the tight fit has been worth it, for the most part. The only negative thing I have experienced with the Amoyzk case is the fact water got into it when taking a shower. In order to get the foggy water out, I had to detach the bands and wipe the case.

Yes, I can easily leave the Apple Watch on the ledge of the bathroom sink when I take a shower. I can evne leave it in the locker at the gym. But the Apple Watch is made to be water resistant, and I like having it on my wrist at all times in order to accurately track my activity. This is a minor inconvenience, but not a major one.

A clear case, more than a screen protector, is the only true way you can protect your Apple Watch from screen scratches. If you own an Apple Watch, the extra $8.99 is certainly worth the price.

Daryl Deino has been a technology enthusiast since 1995 and has written for several newspapers and technology sites. Please reach him at [email protected]
View all posts by Daryl →
This entry was posted in Review, Tech News and tagged Amoyzk, Apple Watch 3, OneWalker. Bookmark the permalink.