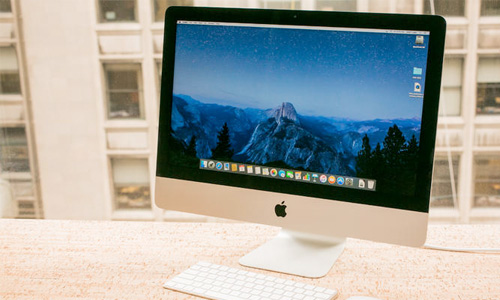 Best Buy has a really good deal in the 4K iMac for $1299 — that’s $200 off from the regular price. A 21-inch 4K Apple desktop computer is tempting, especially one that’s as well packaged as the iMac. However, there are a couple of problems.

However, one of the specs that Apple doesn’t advertise in bold is the fact that even though the iMac has a 1GB 5400 RPM hard drive, it’s not a solid state drive. A 5400 RPM drive might have been good in 2010, but it’s 2016. The slow hard drive is noticeable as well; the programs take a little too long to launch if you are used to launching the same programs on the MacBook Pro. 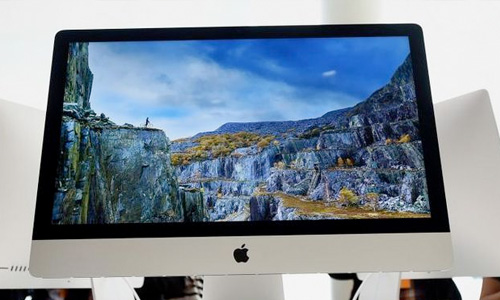 The 4K screen on the 21-inch iMac is absolutely gorgeous.

Still, the 4K iMac screen is quite nice. The color reproduction is great, but not perfect. It doesn’t have the same popping colors as the new iPad Pro, for example. But it still looks better than any PC equivalent with a 4K screen, even though that’s not saying much because there aren’t that many.

It is rumored that Microsoft will be challenging Apple with a Surface all-in-one desktop machine, and this is something Apple should definitely be afraid of. Microsoft has already overshadowed Apple’s tablet and notebook line with the Surface Pro 4 and the Surface Book. Remember, back four years ago, when everybody said Microsoft was dead? Perhaps you don’t, especially since Microsoft has been so successful lately.

However, nobody can count Apple out. And if you don’t like Windows and want an iMac, you should wait until the fourth quarter of this year, when Apple is rumored to put out the new iMac models. According to various sources, the new iMacs won’t have a different screen (they need one), but will have an SSD drive (instead of a slow spinning hard drive), 16GB of RAM, the latest Intel Kaby Lake processor, and will be virtual-reality ready.

It seems Apple is behind the times now rather than commanding the lead for innovation in the tech industry. However, they could make a comeback during the fourth quarter of the year with not only the release of the new iMac, but the new MacBook Pro and iPhone as well. Two years from now, we may not even remember that Apple was in a slump.

Daryl Deino has been a technology enthusiast since 1995 and has written for several newspapers and technology sites. Please reach him at [email protected]
View all posts by Daryl →
This entry was posted in Review and tagged Apple, iMac, Windows. Bookmark the permalink.