What’s Up With The Microsoft Surface Phone?

Samsung and Apple have made huge advancements in smartphone technology, but there still isn’t any smartphone that I could get professional work and photo editing done on, at least in a very short period of time. That’s because mobile phones run mobile operating systems, as they should. As we learned with Microsoft Ultra Mobile PCs last decade, a desktop operating system isn’t meant for very small devices, especially because of the short battery life.

The Surface Phone could change all of that. Many rumors have Microsoft’s upcoming smartphone running a version of Windows 10 that would be compatible with Windows desktop apps. It won’t substitute your regular PC, but if you need to use Photoshop on the go or do a fast design with Adobe Illustrator, this could be the smartphone of your dreams.

So far, it will just be in your dreams. However, as Tech Times points out, the new Surface Phone could be announced at a new Surface event in Shanghai on May 23. Microsoft hasn’t given any direct hints that the phone will be announced, but Microsoft CEO Satya Nadella recently talked about Microsoft’s continued plans to make smartphones that won’t look anything like current devices that we are familiar with. 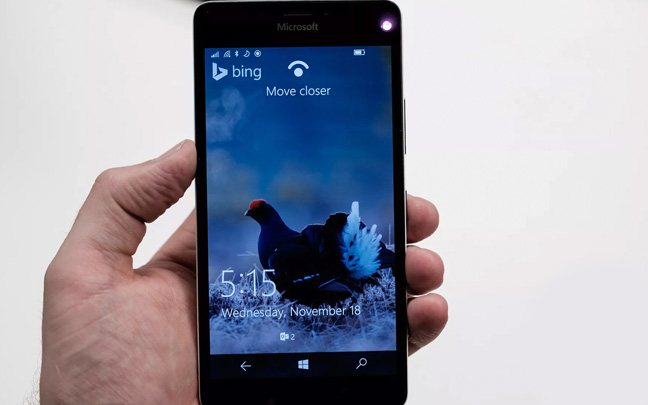 Microsoft’s recent smartphones, the Lumia 950 and Lumia 950 XL,  ran Microsoft’s latest version of Windows 10 Mobile and were major flops. The Surface Phone will likely be a make-it-or-break-it product for Microsoft, who doesn’t want to give up on the smartphone business. Microsoft will likely aim the Surface Phone at corporate users instead of regular smartphone users — this is a good thing that will help them differentiate the product.

The Surface Phone is likely to run using Microsoft’s mobile ARM processor, which Microsoft just demonstrated running desktop apps on. This will make using apps such as Photoshop painfully slow, but it’s doubtful that anyone will be purchasing a Surface Phone to use specifically at a photo editing device.

Samsung fascinated everybody recently with the release of the Galaxy S8 and S8+, and Apple is getting ready to release their latest iPhone. Add the Microsoft Surface Phone to the list, and 2017 is shaping up to be the best year ever for smartphones.

Daryl Deino has been a technology enthusiast since 1995 and has written for several newspapers and technology sites. Please reach him at [email protected]
View all posts by Daryl →
This entry was posted in Tech News and tagged Apple, iPhone, Lumia 950, Microsoft Surface Phone, Samsung Galaxy S8. Bookmark the permalink.