What To Expect From 5G Technology

In a couple years, you will hear plenty about "5G."

In the mid-2000′s, 3G emerged and changed mobile communication forever. Even though 3G speeds weren’t quite as fast as broadband, the new mobile communication standard enabled people to do things like video conferencing, multimedia messaging, video streaming, and other things without being tied up to their home wireless or LAN network.

Then came 4G — something we have been stuck with since the early part of this decade. 4G does everything 3G did, but in a much better way. In the very near future, we will be talking about 5G. In September, CNET reported that Verizon will be the first network to test out this new technology.

“The nation’s largest wireless carrier will begin field trials on so-called fifth-generation, or 5G, technology within the next 12 months, Roger Gurnani, chief information and technology architect for Verizon, said in an interview last week.”

CNET notes that Gurnani expects some level of commercial deployment of 5G in 2017. But what exactly is 5G? Re/Code tries to explain it in simple terms. It is a mobile communications standard that will offer significantly faster speeds than 4G LTE. In theory, 5G could offer 10GB of data per second. Then again, they said that 4G LTE could download 1GB of data per second and that rarely happens. 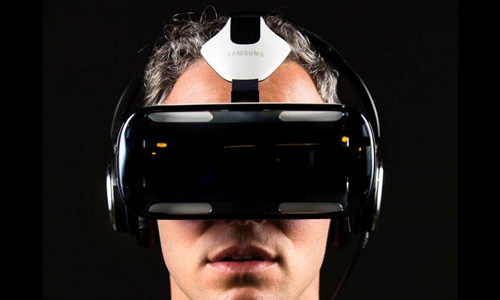 5G will make streaming virtual reality, which takes a lot of data to operate, a reality. With a 360 degree camera, someone can stream their trip to Hawaii and instantly make you feel like you are there. If you think the world is connected a lot right now, wait till you see what 5G can do. It will even blow your broadband connection away.

However, there are some issues 5G will definitely run into. According to RCR Wireless, for 5G to deliver vast new capacity, it will need five to 10 times as much spectrum as is currently in use by the wireless industry. But there may also be a huge cost to 5G networks. Don’t expect any network to offer “free unlimited data” anymore. At least not unlimited 5G data; the cost would be way too much. Unlimited 4G data has already caused T-Mobile and Sprint to put limits on their “unlimited” plans.

By the time 5G is widely available, it may not be as exciting as it seems now. Currently, most restaurants, coffee houses, and even complete malls offer high-speed Wi-Fi. Within two years, the speeds of free Wi-Fi will increase even more. In fact, many will be able to get away with turning off their smartphone data network and survive on Wi-Fi internet connections and even Wi-Fi calling all day. Still, it will be interesting to see how 5G develops.

Daryl Deino has been a technology enthusiast since 1995 and has written for several newspapers and technology sites. Please reach him at [email protected]
View all posts by Daryl →
This entry was posted in Tech News and tagged 5G. Bookmark the permalink.