What Happened To All The Excitement Over Microsoft’s HoloLens? 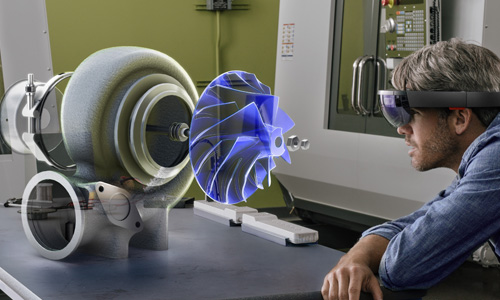 The hype over Microsoft's HoloLens has died down quite a bit.

As of a couple months ago, Microsoft’s HoloLens was still causing a lot of excitement. I used one for over a month and actually became bored with it after a week. Don’t get me wrong; the HoloLens is quite a piece of hardware and one should understand it’s a beta version of a product that will hopefully run faster, have a much better field-of-view, and have better battery life.

However, the excitement over the product has easily died down. Even the Google Glass, which was a huge failure, still had some excitement for a year after the first beta version was released. Is it because the HoloLens is too expensive? ($3000 for the developer’s edition). Is it because we are not ready for Augmented reality yet?

Can the HoloLens be developed into something useful for the average consumer?

“This is cool, but what is the purpose?” is the question I had been asked several times when showing people the HoloLens. I guess Microsoft is still trying to figure that out themselves. As Newsweek reports, Microsoft is giving up on gaming when it comes to the HoloLens.

“Throughout last year, Microsoft displayed its HoloLens augmented reality (AR) headset by playing video games on it, from Minecraft to a shooting game called RoboRaid. But at the E3 game convention last week, HoloLens was nowhere to be found.”

The article adds that multiple AR developers told Newsweek the reason why HoloLens vanished is because Microsoft has shifted its attention from developing a consumer-focused product to a more enterprise-friendly product. That means the HoloLens will be more aimed at professionals like doctors or engineers. What does that mean for the average consumer? It sounds like that — in a way — Microsoft is giving up.

The good news is that Microsoft is opening up its platform to third parties, who can not only build their own augmented devices, but virtual reality ones as well.

“A consumer HoloLens may come from us, or it may come from a partner, and either way that’s fantastic,” said Microsoft’s Terry Myerson, the executive vice president of its Windows and Devices group, according to Engadget.

Myerson thinks the HoloLens is sort of like the Microsoft Surface Pro — a device started by Microsoft but copied by other companies. When the Surface Pro first arrived in early 2013, many didn’t think it would end up being a success. So, even though thing are looking a little down for the HoloLens right now, the device could eventually be developed into something consumer friendly and successful.

Daryl Deino has been a technology enthusiast since 1995 and has written for several newspapers and technology sites. Please reach him at [email protected]
View all posts by Daryl →
This entry was posted in Tech News and tagged MIcrosoft HoloLens, Surface Pro. Bookmark the permalink.