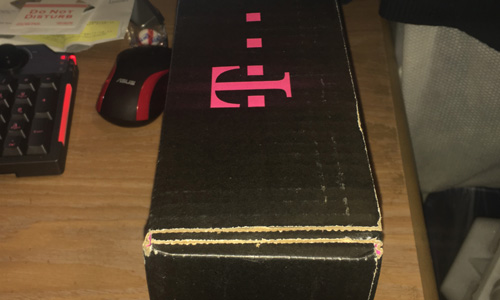 I received the Galaxy Note 7 from T-Mobile this evening (UPS didn’t deliver until 7: 30 p.m.). The phone doesn’t officially come out until tomorrow, but those who pre-ordered it before August 10 received it early.

I am on the T-Mobile JUMP plan, which allows you to change your phone every six months. This is the only way I can afford getting the new Samsung or Apple phones as soon as they come out. I talked about my brief preview with the Note 7 in another post, and knew it wasn’t such a big upgrade. 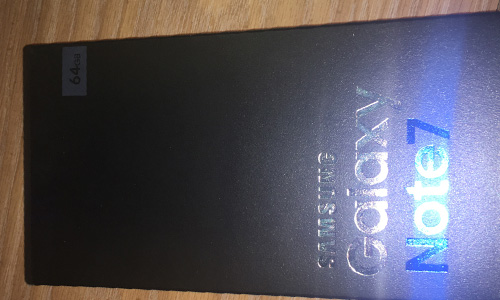 The Note 7 comes in a pure black box.

When unboxing it, I was surprised how simple the packaging was, and that’s not really a bad thing. When I picked the Note 7 up, it was lighter than I remembered it as being. It had a temporary screen cover that I took off. However, I don’t care if it has Gorilla Glass 5. Using a stylus on any screen will result in minor scratches, unless you get a screen protector, which I will very soon. 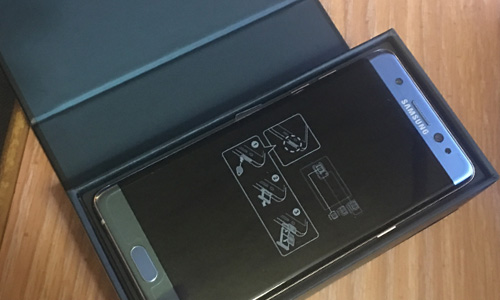 One of the things I forgot about is the fact that it uses a USB-C adapter instead of the regular micro-USB port seen on all other Android phones. Now, I have to carry the USB-C cord with me wherever I go, at least until they become affordable so I can put one in my car. However, most devices will switch to USB-C within a year.

I liked the simple setup process and how I was able to transfer all my settings and programs from my S7 Edge (which is going back to T-Mobile as part of the JUMP deal) to the Note 7 within 15 minutes. The most important reason for me trading in my S7 Edge is because I want stylus support. I have missed my old Note 5. 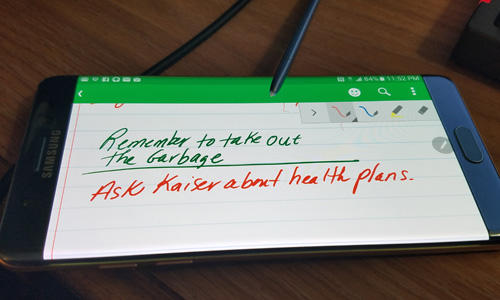 I’ve always disliked S-Note, and Samsung’s new Samsung Note app is actually better. Still, I had always wanted to be able to use Microsoft’s One Note on a Galaxy Note device. Using it on the Note 5 was frustrating, especially since the writing lagged. However, it actually works pretty well on the Note 7. The writing isn’t as smooth as it is on Samsung’s app, but it is certainly satisfactory. This will certainly help me with productivity.

I need to use the Note 7 more before I can write a full review. However, from owning it for a couple hours, I can definitely say that Samsung certainly has another winner on its hands.

Daryl Deino has been a technology enthusiast since 1995 and has written for several newspapers and technology sites. Please reach him at [email protected]
View all posts by Daryl →
This entry was posted in Review and tagged Galaxy Note 7, Galaxy S7 Edge, iPhone. Bookmark the permalink.