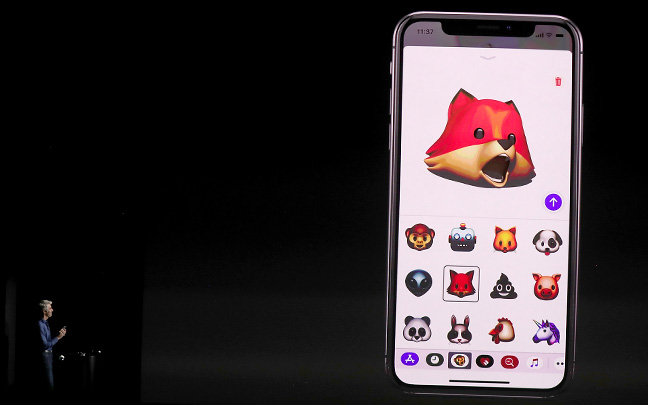 I am a little late to this, but the  September Apple Keynote event, the first ever at the new Steve Jobs Theater, was on my mind all during the week. I couldn’t decide which I was more excited about — the iPhone X or the Apple Watch Series 3.

The iPhone X is certainly the most groundbreaking of the two, but the fact that it won’t be released until early November is a letdown; I thought it would be in my hands by September 22. Still, the wait is probably worth it since the newest higher-end iPhone is the smartphone Apple lovers have wanted for years.

The iPhone X has a 5.8-inch 2436 x 1125 pixel resolution Super Retina OLED display, which is the largest we’ve ever seen on an iPhone. Because it’s an edge-to-edge display without much bezel space, the iPhone X is still close in size to the iPhone 7, which only has a 4.7-inch screen. The iPhone X is powered by a new A11 neural bionic processor. It also has a glass body and is capable of being charged wirelessly.

The problem is that the cheapest version of the iPhone X (with 64GB storage) costs $999. Is it worth it? Probably not. Will people still go out on buy it in droves? Probably so. The iPhone 8 and iPhone 8 Plus models, which are being released on September 22, may be average sellers. But at this point, these phones are only bit players in the Apple 2017 show.

The Apple Watch Series 3 was also announced, and I believe that although you won’t see people lining up for the device when it’s released on Sept. 22, the new Watch will become a big hit for Apple. We all knew that there was LTE service coming for the new Watch, but it was rumored that the LTE wouldn’t convert to being able to make phone calls with the Watch. Fortunately, that rumor has been proven false.

Some people don’t realize how much of a difference cellular service makes with the new Watch, especially since it can take the same number as your iPhone. When I check my phone in with security at studios that I work at, I don’t have to worry about missing an important message. Of course, studios will probably soon ban the Apple Watch as well, but they haven’t yet. This will also be great for exercising, and I am so excited about not having to bring my iPhone with me to the gym, where there is always a possibility it could get stolen.

All carriers will charge $10 extra a month for an LTE data plan. T-Mobile originally announced that they would cap the speeds at 512kbps unless the subscriber pays extra, but they walked back on that plan after it caused controversy. Apple claims that the Watch will offer at least 18 hours of battery life, but it will be interesting to see how much a cellular radio affects the battery life.

Despite some usual misgivings (you can never make everybody happy), Apple will likely have the best fourth quarter in the company’s history. People who said just one year ago that Apple was losing its touch have absolutely been proven out of touch themselves.

Daryl Deino has been a technology enthusiast since 1995 and has written for several newspapers and technology sites. Please reach him at [email protected]
View all posts by Daryl →
This entry was posted in Tech News and tagged Apple Watch Series 3, iPhone 8, iPhone 8 Plus, iPhone X. Bookmark the permalink.