Microsoft’s New Surface Pro Is Better Than You Think 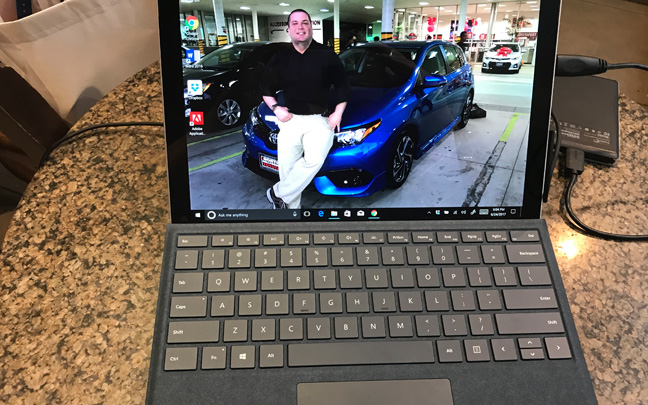 “The new Microsoft Surface Pro is barely different from the Surface Pro 4″ — that’s what blogs, including this one, have been saying ever since the new Surface Pro was announced last month. The truth is that one needs to spend a lot of time with the Surface Pro in order to notice the difference. I’ve been using the Surface Pro consistently for the past two days.

For the purposes of this article, I’m comparing the Intel Core i5 versions of the Pro 4 and new Pro. Both products have 8GB RAM and a 256GB SSD.

The Screen
Microsoft has made subtle improvements to the 12.3-inch screen on the new Surface Pro. The colors are slightly richer, and the contrast ratio is also higher. Some on Reddit have denied there is any difference between the Pro 4, even insisting that the people who notice an improved screen must have had a different color profile set on the Surface Pro 4. However, as someone who has worked with the Surface Pro 4 for hundreds of hours, my eyes could see a slight difference. 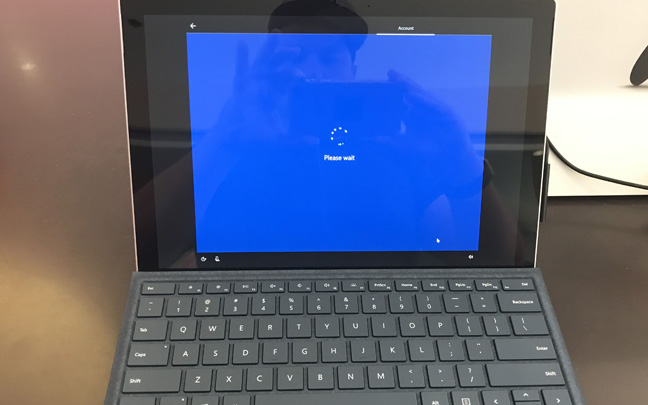 Battery Life
The battery life on the Surface Pro 4 was disastrous at first, but it became somewhat tolerable after Microsoft did some major updates in the spring of 2016. As a power user who likes the brightness set at 80 percent, I barely got over 5 hours of use using the Surface Pro 4. On the updated Surface Pro, I get 6 to 6 1/2 hours of use. It’s a big enough difference for me to leave my battery charger at home.

The New Surface Pen
Yes, it’s unfortunate that this is now an optional accessory at $99. But it is a huuuge upgrade from the previous Surface Pen, which was jittery and had a lot of latency. The new Surface Pen feels as close to natural writing on a Microsoft device has ever felt. The new Surface Pen doesn’t hit Apple Pencil levels of greatness, but it certainly comes close.

The New Keyboard
Yes, this is also an optional purchase. The new Surface Pro Signature Type Cover costs $159, but it is an absolute beauty. It feels noticeably better than previous Type Covers in that the cover is made of “Alcantara” fabric and the keys feel more firm. There are also two specific keys to change the brightness, so you no longer have to press a  combination of keys to do so.

Faster
The new Surface Pro is slightly faster than the 4th generation thanks to the all new Kaby Lake processor. You’ll especially notice the speed increase when scrolling with Chrome or using advanced programs such as Adobe Illustrator or CyberLink Power Director.

Should You Upgrade?
I am probably going to be the first person to suggest that if you have a Surface Pro 4, sell it in order to get the new one. Don’t listen to the hype; the changes are certainly significant enough to warrant the upgrade.

Daryl Deino has been a technology enthusiast since 1995 and has written for several newspapers and technology sites. Please reach him at [email protected]
View all posts by Daryl →
This entry was posted in Video and tagged Microsoft Surface Pro, Surface Pen, Surface Pro 4. Bookmark the permalink.