The Galaxy Note 5 Is The Best Smarphone Available 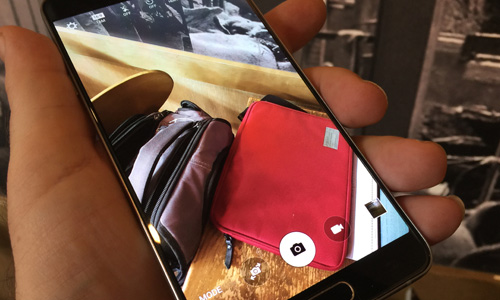 After the announcement of the Galaxy Note 5 last week, many potential Note buyers were angry, especially since Samsung got rid of the microSD card slot and removable battery. However, the phone improves in so many other areas and one has to handle the Galaxy Note 5 for at least fifteen minutes to understand why it’s not only the best Samsung smartphone, but perhaps the best overall smartphone on the market today.

You’ll immediately notice how much better the phone feels in your hand when compared to the Galaxy Note 4. The faux leather backing is gone and in place is a smooth glass rear that feels natural, even if it is easier to smudge up. You’ll also notice that the Note 5 is slightly lighter and slightly smaller than the Note 4. Then, once you turn on the device, you will notice that even though it has the same Quad HD resolution screen, the contrast ratio are better and the colors are more accurate. 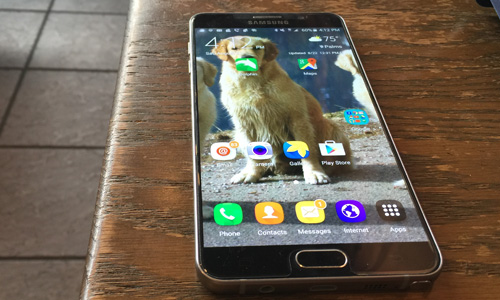 For once, the TouchWiz interface doesn’t interfere with the Galaxy Note 5 performance, which is the best performance ever seen on a smartphone in terms of speed and having several apps open at the same time. The new Exynos 4722 processor and the 4GB of RAM certainly help the performance more than people originally had thought. It’s such a pleasure to scroll through web pages, which now render as well as they do on the iPhone.

The biggest victory for the Galaxy Note 5 is the S Pen and S Pen Software, which make the Galaxy Note 5 just as useful as a pen and pad of paper. Actually, it’s more useful because you won’t lose your notes. The new S Pen has a metallic coating that makes the pen feel more premium. This time, there is absolutely no delay between making pen strokes and having them appear on the note screen. The Note 5 also senses different levels of pressure. 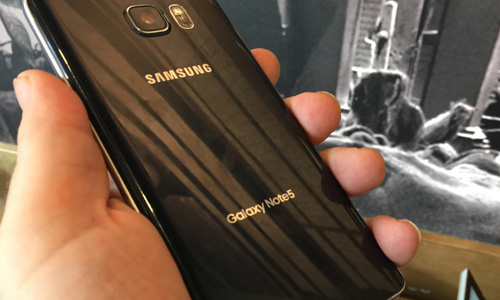 Even the back of the Galaxy Note 5 is a beauty.

One of the biggest gripes with the previous S Note software was that the pages didn’t turn fast enough. Thankfully, Samsung has fixed this and you can turn through your S Notes as fast as you can with a regular notebook. Unlike a regular notebook, you can search your notes for any word and all the notes that have that word will pop up instantly.

Then, there is a camera. Some were upset because there didn’t appear to be much of a difference between the camera on the Note 5 and Galaxy S6 — but that’s not a bad thing! Like the Galaxy S6, the Note churns out photos and videos that are noticeably better than those on the iPhone 6 and iPhone 6 Plus. That may change with the upcoming iPhone 6s series, but Samsung clearly leads this category now.

It’s hard to say if the Galaxy Note 5 will be a hit or not for Samsung, especially because it has always been a niche product. Strong sales or not, the Galaxy Note 5 has taken it’s rightful place as the King of smartphones.

Daryl Deino has been a technology enthusiast since 1995 and has written for several newspapers and technology sites. Please reach him at [email protected]
View all posts by Daryl →
This entry was posted in Review and tagged Samsung Galaxy Note 5. Bookmark the permalink.