The Galaxy Note 5 Is Not A Disappointment 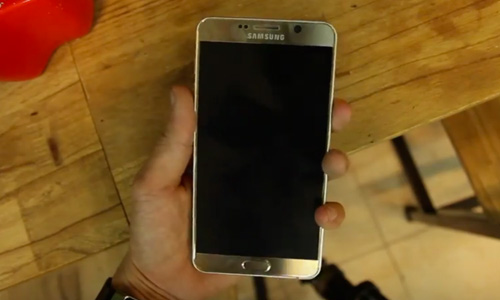 The Samsung Galaxy Note 5 radiates beauty, even with the screen turned off.

Don’t believe the hype from last week. When Samsung unveiled the Galaxy Note 5, several technology sites and Twitter users declared that the new phablet was a disappointment, mostly because it didn’t have two things that Samsung’s loyal customers love — a microSD slot for expandable memory and a removable battery.

Most of these people never handled the Galaxy Note 5. I have one in my hands right now and promise to write a full review by this weekend. But if you don’t trust me, here are some other early reviews. CNET gave Samsung’s latest device 4 1/2 stars .

If you don’t believe CNET, Phone Arena, in their near-perfect review of the device, says that the Note 5 clearly pulls ahead of the Note 4.

“Lucky for this one, the Note 5 clearly does it in a winning fashion – proving that it’s snappier with its performance, longer lasting with its battery, and it takes amazing shots with its camera.”

DisplayMate, through complex testing, says the display on the Galaxy Note 5 is the best one a smartphone has ever worn. 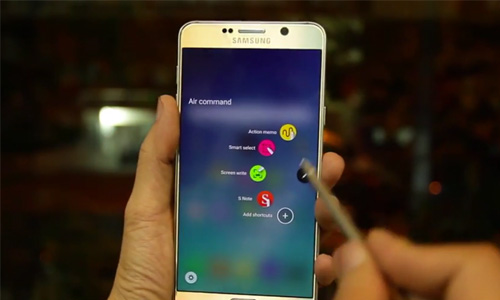 The Galaxy Note 5 has a beautiful screen.

Even though the screen on the Galaxy Note 4 was fantastic (10/10), you will still notice the difference when you turn on the Note 5 (11/10). Samsung has improved the overall contrast ratios and the colors are more accurate. One wonders how Samsung can keep the excellent battery life on a device that gets blindingly bright — that’s right, you can use it as a flashlight!

I’ll get more into the feel of the device and other aspects in my full review. I have to admit to being shocked at how much I like the Galaxy Note 5; I was one of the people who was disappointed when it was first announced last Thursday. It sort of reminds me of the time the iPhone 4s was announced in 2011 and people shuddered in disappointment. When they actually handled the phone and saw what the actual device could do over the iPhone 4, they got their wallets out.

The media keeps pointing out how the Galaxy Note 5 is a sink-or-ship device for Samsung. Personally, I don’t expect the Note 5 to sell as well as Samsung’s biggest selling phone ever, the Galaxy S3. The Note is still a niche smartphone, but it’s probably the most successful niche smartphone in existence. I do expect the Galaxy Note 5 to keep the Samsung brand swimming. Judging by my first few hours with the Note 5, Samsung will keep swimming despite the large waves that are trying to wash the brand away lately.

Daryl Deino has been a technology enthusiast since 1995 and has written for several newspapers and technology sites. Please reach him at [email protected]
View all posts by Daryl →
This entry was posted in Review and tagged Samsung Galaxy Note 5. Bookmark the permalink.