The (Brief) History Of Texting 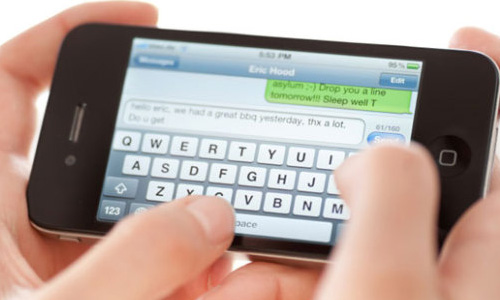 Texting is a relatively new activity in America and the rest of the world.

Remember the days when we used to talk to people on the phone more than we texted them? Remember when we dined with our families and talked, instead of ignoring everybody and texting our friends or significant others? Remember when someone said the word “text” and you thought of a book?

According to the EDN Network, the very first SMS (short message service) text message was sent by Neil Papworth, a 22-year-old test engineer for Sema Group from his personal computer to the Vodafone network to the phone of Richard Jarvis. “Merry Christmas,” read the text message.

Text messaging grew in the 1990s, even though one had to text using a numerical pad. However, it really didn’t take off until about the year 2000. According to The Week, Americans begin sending (a now comically low) 35 texts per month. That figure is very interesting; I don ‘t remember texting until 2002 when I got the T-Mobile Sidekick.

By 2007, there were more texts than phone calls. With better keyboards (Blackberry, Treo, iPhone), it was easier to text. By then, people adopted shorter forms of words to be able to fit in as many possible characters in one text. Words such as 2Nite, BTW (by the way), Gr8, ILY (I love you), and LMAO (laughing my a** off) have become more mainstream than the word or phrases they represent. 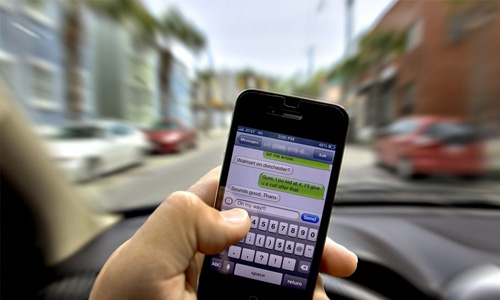 Thousands of people are killed each year as a result of texting while driving.

However, as much as texting has helped people stay in touch easier, it has also led to disastrous consequences. Texting while driving has become even more of an epidemic than drinking while driving. The Huffington Post recently detailed an account where a Tennessee bus driver, hired for responsibly transporting school children, pulled out his phone, began to text, and soon slammed into another school bus. A teacher’s aide and two children were killed as a result of the accident.

Devices such as the Apple Watch make answering text messages while driving a little easier. One can answer a text just by speaking into the watch, which has about a 99 percent accuracy rate of translating all your words into text. It’s still not safe answering texts this way while driving, but a lot safer than tapping on letters while trying to look at the road as well.

Daryl Deino has been a technology enthusiast since 1995 and has written for several newspapers and technology sites. Please reach him at [email protected]
View all posts by Daryl →
This entry was posted in Review and tagged texting, Texting While Driving. Bookmark the permalink.