The 9.7-Inch iPad Pro Is A Keeper, Despite High Price 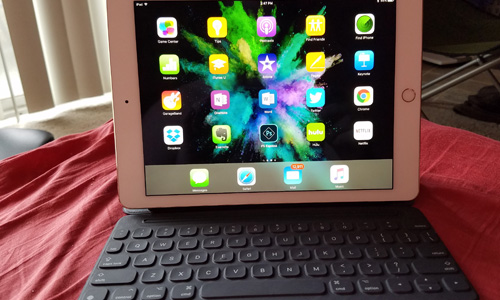 The new 9.7-inch iPad Pro is pricey, but worth it.

I purchased the new iPad Pro two weeks ago, thinking I would probably return it. I also got the Apple Pencil and Smart Keyboard. The total, without taxes (and this was with the cheapest 32 GB Wi-Fi version of the iPad Pro) was $870. One could buy a decent laptop for that price, but it wouldn’t be as cool as using an iPad as a notepad.

Let me get more specific: The 9.7-Inch iPad Pro is the best note-taking device that has ever existed. The Apple Pencil works better than any other stylus and the iPad Pro feels like a very light notepad. Best of all, you don’t have to worry about battery life like you do on other note-taking devices such as the Surface Pro. You can write for hours and still have at least half (if not more) of your battery life left. 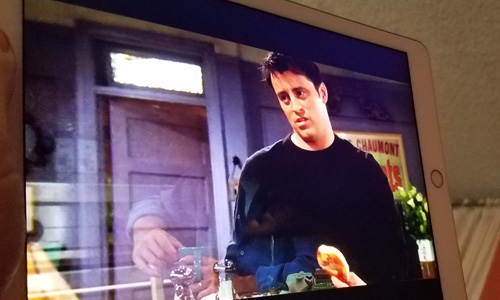 The new iPad Pro is the ultimate 9,7-inch multimedia device.

I’ve owned several smartphones and tablets over the years and can easily declare the new iPad Pro to be the best multimedia device. Yes, the 4:3 aspect ratio does cause two black bars above and below widescreen HD videos, but you get used to that. You even completely forget it, because the sound is so amazing for such a small device. The new iPad Pro has four speaker grills and when watching intense scenes in a movie, you can feel the bass. The iPad Pro is also decent for listening to high quality music.

Apple has kept the 2,0458 x 1,536 pixel resolution screen, but has noticeably improved the brightness and colors on the new iPad Pro. In addition, they have added something called True Tone, which adjusts the tone to the environment you are in. Once you turn it off, you realize how much you miss it.

I have found myself using the 12MP rear camera a lot — something I thought I would never do. In some ways, the iPadPro makes a better camera device than the iPhone because you can preview what your picture will look like on a 9.7-inch screen. The camera doesn’t include the same optical image stabilization as the iPhone 6s Plus, but the photos I’ve taken look just as good. The 4K videos are outstanding, but make me wish Apple had stereo microphones like Samsung does on all of their devices.

Okay, so the iPad Pro isn’t the laptop replacement that Apple’s Tim Cook says it can be. It is a huge mistake to market the device like this. However, the new iPad Pro is not only a perfect physical notepad replacement; it’s also the most useful small multimedia machine that Apple (or perhaps any company) has ever created.

Daryl Deino has been a technology enthusiast since 1995 and has written for several newspapers and technology sites. Please reach him at [email protected]
View all posts by Daryl →
This entry was posted in Review and tagged 9.7-inch iPad Pro, iPad Pro. Bookmark the permalink.