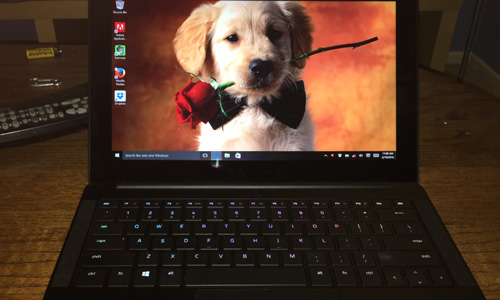 The Razer Blade Stealth is a beautiful ultraportable laptop.

When my eyes first saw the Razer Blade Stealth, they lit up with glee. After all, the Stealth is a beautiful gaming laptop (that requires a $500 module for real gaming) with a 12.5-inch 4K screen, an Intel Core 6th generation i7 processor, a 256GB SSD, and 8GB of RAM. This version of the Stealth is $1399 and one can argue that it’s worth it.

The most striking part of the laptop besides the gorgeous 4K screen is the way that the keys light up in the patterns or colors you want. At first, the keys seem a little too small without much travel. However, after you get used to the keyboard, you learn to like it. Another excellent aspect of the Razer Blade Stealth is the speakers. While they don’t have a lot of bass, they are positioned on the sides of the keyboard and can get pretty loud. Unlike other laptop speakers, the sound doesn’t get distorted at high volume.

The all-aluminum body is also a plus and makes the Stealth feel almost as good as it looks. Unfortunately, the body is also a fingerprint magnet, so be prepared to use a cloth a lot if that bothers you. Even the touchpad feels premium, but it’s also a pretty significant disability to the Stealth.

Unlike the Surface Book and Dell XPS 13, the touchpad works every time you press it. But it’s Synaptics driver makes the device feel slippery and no matter how high the pointer speed is set, it still feels slow. Your fingers have to do extra work when compared to devices such as MacBook Air, MacBook Pro, or even the Surface Pro. While you can always use the touchscreen to glide your way around, you shouldn’t have to; you already paid more than $1400 plus tax for the device. 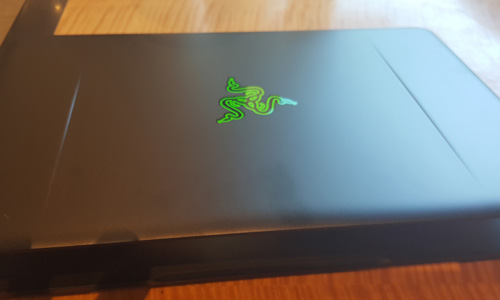 The Razer Blade Stealth is thin and very light.

Then, there is the battery life. Some other sites have complained about the battery life, but what can you expect from a such a thin device with a 12.5-inch display and a 4K screen? With the screen set to 80 percent brightness and running applications such as Netflix, Photoshop, Adobe Illustrator, and Firefox, I was able to get almost four hours of juice without having to recharge. That’s not great for 2016, but you can always get the Quad HD version of the Stealth for $999 and get an extra two hours of juice in.

When you try and recharge your battery with the USB-C charger, you’ll notice that it comes out very easily, even when you don’t want it to. Razer has told me that this is an issue with a couple early chargers and they have even offered to send me a new one. It’s not that big of a deal, but with so many other excellent features, it’s pretty noticeable. Still, after ten days of use, I’m not ready to return the Razer Blade Stealth just yet.

Daryl Deino has been a technology enthusiast since 1995 and has written for several newspapers and technology sites. Please reach him at [email protected]
View all posts by Daryl →
This entry was posted in Review and tagged Razer Blade Stealth. Bookmark the permalink.