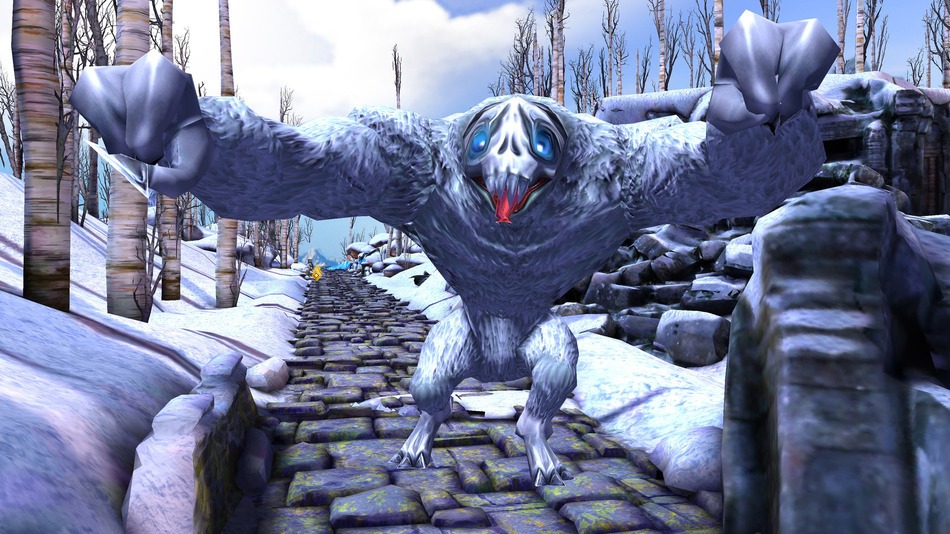 Samsung’s Gear VR has some pretty cringeworthy games: Minotaur Rescue VR, Anshar Wars, and Lunasee.  Just because a game has “VR” attached to it doesn’t mean it is immersive or even with playing. However, Temple Run VR is a major win for virtual video games as it actually makes you tired from running away from monsters.

“Overall, the biggest challenge we faced was really trying to sell the immersion of the experience.  We really wanted the player to feel like they personally took the idol and are now running for their life because some giant Arctic Demon Monkeys are chasing them,” Keith Shepherd, the game’s co-founder, says.

Temple Run VR is not one of those games where you have to spend hours trying to learn. It’s pretty simple: Run for your life! There is a button to jump and a button to duck. You collect coins, but they don’t really do anything since Temple Run VR is now just a free limited edition game. You can look at the realistic Arctic wilderness, which is fascinating. You can even look at the demon monkeys chasing you. But that will just slow you down. You’ll face a variety of hazardous environments, such as patches of snow and ice, rickety, icy footbridges, countless cliffs to jump over, and other obstacles 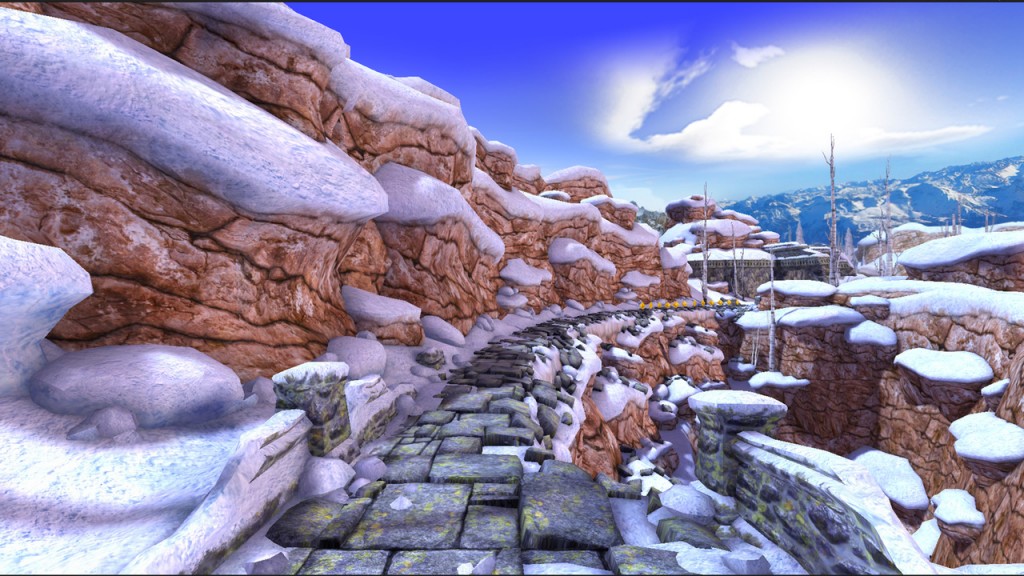 Temple Run VR is only available for the Samsung Gear VR.

Temple Run originally debuted on iOS and was soon ported to Android. A sequel was released in 2013. What makes this game different from most others is that it is endless; the game never stops. There is never a “Congratulations, Proceed to Next Level” pause. It’s nothing but running. In its latest iOS and Android versions, the game is fun, addicting, and really requires your attention. However, the game really takes on new meaning when playing it in virtual reality.

Temple Run isn’t the only frightening VR video game for the Samsung Gear VR. There is also Dreadhalls for the Gear VR, but the game play is slow and turning in different directions makes you feel dizzy. There has been no release date set for the full version of Temple Run VR. However, even in its limited edition, Temple Run VR defines the future of video games and how virtual reality should work.

Daryl Deino has been a technology enthusiast since 1995 and has written for several newspapers and technology sites. Please reach him at [email protected]
View all posts by Daryl →
This entry was posted in Review and tagged Gear VR, video games. Bookmark the permalink.