Technology In The Age Of A Quarantine 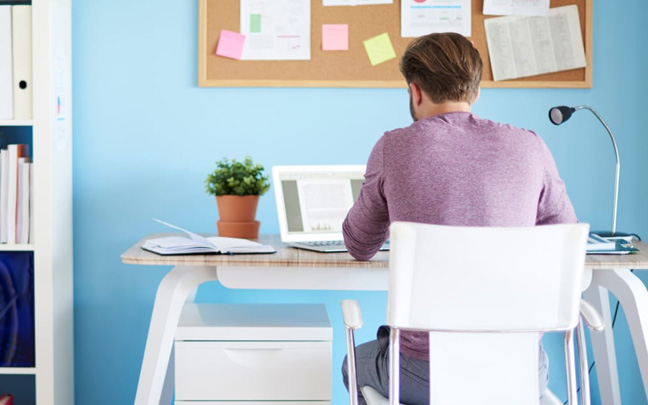 Working from home has taken on a new meaning lately.

Well, the last few days have been…um….quite interesting. I don’t have to explain a thing. I just hope you have a great computer and a great internet connection. We have always taken our advances in technology for granted, at least until this week. And for other parts of the world, it has been several weeks.

Social media started off as a good thing, turned into something negative, but has turned positive again — for the most part — during this pandemic. It’s a way to help people get the latest news, keep in touch with family members, and find out who is in need.

For example, I found out how to get drive-through testings yesterday when I thought I might have contacted the virus. (Thank God I didn’t.) I also was directed on how to get emergency relief from SAG/AFTRA since some of my gigs were cancelled, and it looks like there won’t be any work in the entertainment industry for the next couple of months.

This fascinates me, because the younger me would have loved to have this. Students are now attending classrooms online though various video conferencing apps, and many in the workforce are attending work the same way. It’s not as productive as actually being there, but it’s pretty close. But I can’t imagine the toll it’s taken on kids, parents, and their spouses. The pets are certainly liking it. 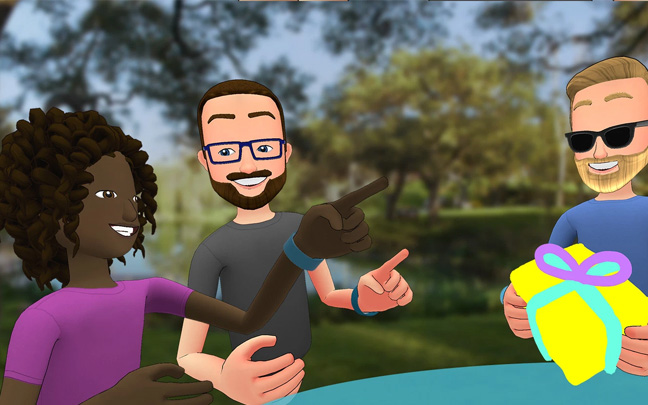 Facebook Spaces is one of the many VR apps that allow virtual hangouts.

This is one situation where I really regret returning my Oculus Quest. I would love to join virtual 3D places and interact with others on apps such as Facebook Spaces and Rec Room. While movie theaters may be closed near you, it’s possible to attend a virtual theater with friends and family members from all over the world, just as long as they have a compatible VR headset.

All of those who have ripped on Amazon in the past need to change their tune because Amazon has become a godsend for many during this pandemic. They have been decent in restocking anything you need — toilet paper, bottled water, food, and even video games that can be delivered to your door.

Of course, there is someone who has to deliver the goods (perhaps drones will be delivering in a few years). And you have to open the door. But compared to the risk of going out and shopping physically, this risk is very minimum.

While the coronavirus will likely be with us for a long time, the dangerous part that keeps us quarantined inside of our houses or apartments will be over with soon. After eight weeks, you likely won’t have to depend on technology as much, and you may even really get sick of your computer and smartphone. But there are many positive ways to use your devices now. Technology has saved lives this year. It will also save the economy.

Daryl Deino has been a technology enthusiast since 1995 and has written for several newspapers and technology sites. Please reach him at [email protected]
View all posts by Daryl →
This entry was posted in Tech News and tagged coronavirus, Technology. Bookmark the permalink.