Does anybody really remember Windows Me (Windows Millennium Edition), which was released in September of 2000? Microsoft hopes you don’t as the desktop operating system is often referred to as the true Y2K bug. Some say that it’s a bigger disaster than Windows Vista, but it obviously didn’t do as much damage to the Microsoft Brand as Vista did.

Windows ME was targeted more to home users rather than professionals, many who used Windows 2000 or Windows 98 SE. One of the (only) great features of Windows Me was the Windows Movie Maker program, which allowed you to easily put together a movie. It certainly wasn’t as robust as Adobe Premiere, but it never intended to be.

Windows Me also introduced the Windows Restore feature, which allowed the user to restore their computer to exactly how it was running at a certain time. This became especially useful when a PC didn’t operate correctly after installing a new program. However, the feature didn’t always work as it was advertised and — at times — made users have to do a complete factory reset. 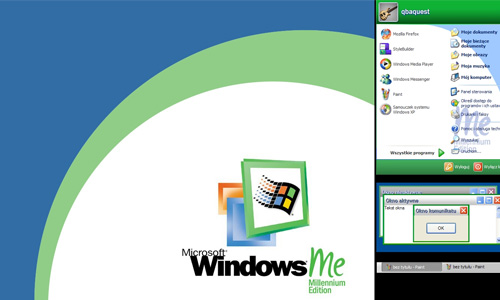 Windows ME received bad reviews right from the start.

Right from the start, Windows Me received some mediocre reviews. ABC was being extra nice in saying that it’s not a must (rather than telling people to stay far, far away).

“We installed Me with little trouble on a computer with a clean hard disk and a well-used Dell running Windows 98. But a third computer, a home-built system running Windows 98, would actually shut itself down trying to boot up with Me.”

In 2007, ZDNet ranked Windows Me as the worst Windows operating system….ever.

“The worst Windows version ever, and doomed from the start. It was announced as the end of its line, it had to contend with Y2K fears, and it was buggier than a Fourth of July picnic on a Mississippi riverboat.”

Microsoft has made a great comeback this year with Windows 10, which finally gives people a reason to stay with a PC instead of buying a Mac. Still, Microsoft would be wise to do everything they could to erase Windows Me from all the history books.

Daryl Deino has been a technology enthusiast since 1995 and has written for several newspapers and technology sites. Please reach him at [email protected]
View all posts by Daryl →
This entry was posted in Review and tagged Technology Flashback, Windows Me. Bookmark the permalink.