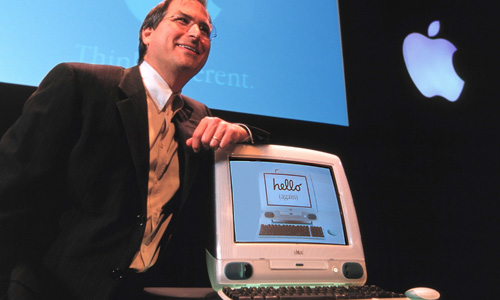 In 1998, Steve Jobs brought Apple back to relevancy with the iMac.

For most people who lived through the 70s, 80s, and 90s, the iMac represents the device that made Apple relevant again. I was a public school teacher in the 1990s and we used Apple computers — not because they were relevant (or even good), but because they were cheap. Kids always asked us why we couldn’t use PCs instead; that’s what they had at home.

Then, Apple released the iMac in the Summer of 1998. When school started up again in late August of that year, I remember seeing a translucent green egg-shaped device in my room. It looked futuristic and cool. Even though it was an Apple device, I couldn’t wait to get my hands on it every morning before my students arrived. I knew Apple was becoming relevant again because, for the first time in years, my 8th graders thought something by Apple was cool. 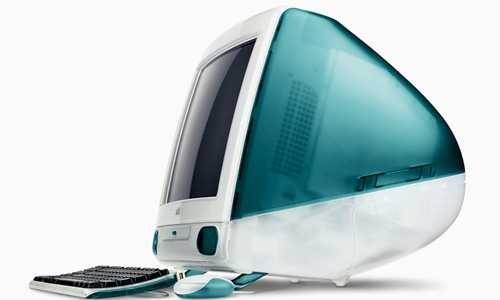 The iMac was designed to look like something out of "The Jetsons."

Steve Jobs originally wanted the device to be called the MacMan, until Ken Segall, an employee at an L.A. ad agency handling Apple’s account, suggested that the computer be called the iMac. Steve jobs hesitated, but agreed. Soon, there were iMac advertisements up all over the world telling people to “think different.” They did. 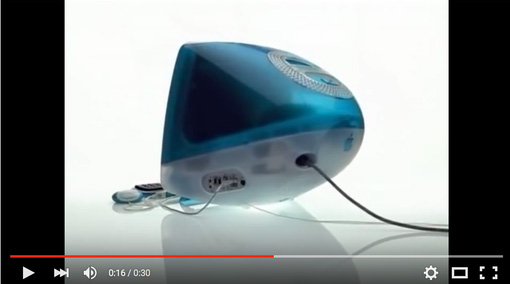 As the commercial clip shows, the iMac was sold on simplicity. There was nothing to set up; it simply worked out of the box. Plug the computer in, then plug the Internet connection in, and your ready to go. Of course, setting up the iMac wasn’t exactly that simple, but it was close.

The iMac inspired the USB industry. I remember people were skeptical at first (as they usually are with technology changes), but USB ports soon became the standard on both Apple and PC computers. Soon, there were faster USB 2 ports. Now, USB 3 is the norm.

The iMac also inspired by leaving something major out: the floppy disc drive. This inspired the same fears that the MacBook Air did when it decided to leave out the optical DVD drive. However, people soon realized that they didn’t really need a floppy disc drive; they could store things on the network, hard drive, or even a USB drive.

The iMac was a multimedia machine that no PC could live up to. Professional filmmakers and photographers helped make the iMac a mainstream entertainment industry device. Schools helped the iMac become a hit as well as Apple still had the same package deals for educators they had throughout the early and mid 1990s.

The iMac has come a long way since 1998 and a 5K display version is currently available for $1999. The original 1998 iMac completely changed the way we think and interact with desktop computers.

Daryl Deino has been a technology enthusiast since 1995 and has written for several newspapers and technology sites. Please reach him at [email protected]
View all posts by Daryl →
This entry was posted in Review and tagged Apple, iMac. Bookmark the permalink.