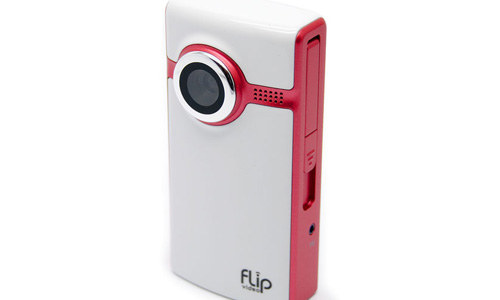 In the late 2000′s, video cameras were still not popular on smartphones. At least not good ones. In 2009, the iPhone 3Gs could finally take DVD quality videos, but people were looking for more. That’s were the Flip video camera came in. It was a video camera that you can attach to your laptop via a USB stick.

The first Flip video camera came out in 2006. However, the Flip Ultra, released during the third quarter of 2007, is when Flip started to become a household name. Around that time, CNET gave the device a three-and-a-half star review.

“With its Flip Ultra series, Pure Digital has upgraded the design, video quality, viewing LCD, and software of its lightweight video camera that makes it very easy to capture and share low-resolution video via e-mail and the Web.”

The camera took 640 x 480 VGA resolution videos — slightly less then the resolution of a DVD. However, that would soon change.  The Flip UltraHD camera came out in April 0f 2009 and shot 720p videos — not full 1080p, but good for 2009. It used rechargeable AA batteries as well and was compatible with either a Mac or PC. The videos looked slightly compressed, but were better than anything taken on a smartphone at the time. The 8GB of memory allowed one to record two hours of video. 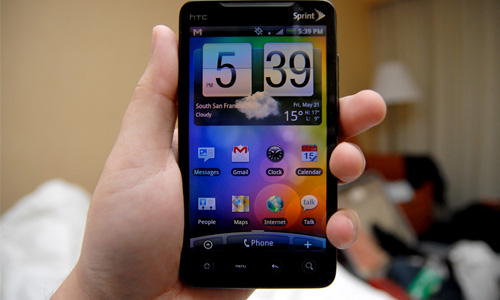 By 2010, smartphone video cameras were just as good as ones from Flip.

Flip video cameras were very popular Christmas gifts in 2009. Then, something happened in 2010 and the Flip camera started to become irrelevant as it now faced competition from companies such as Sony and Kodak. More important, however, is the fact that video cameras on smartphones started to take HD videos. For example, the EVO 4G, released for Sprint in June of 2010, could take 720p HD videos — in stereo. The iPhone 4 took 720p HD videos as well and the still picture quality was much improved.

In 2011, several smartphones were now able to take full 1080p videos, including Samsung’s Galaxy S2 and the iPhone 4s, which became available on all the major cellular carriers. The videos were compressed, but not nearly as compressed as they were with Flip video cameras. Smartphone video cameras were so good that they even hurt sales of commercial video cameras.

Daryl Deino has been a technology enthusiast since 1995 and has written for several newspapers and technology sites. Please reach him at [email protected]
View all posts by Daryl →
This entry was posted in Review and tagged Flip Video Camera, iPhone, Samsung Galaxy S. Bookmark the permalink.