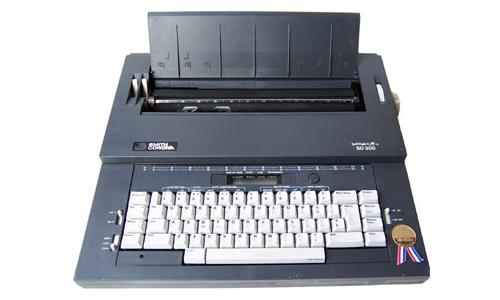 In the mid 1980's, this Smith Carona electronic typewriter was considered a luxury.

Lets flashback to 30 years ago. Businesses had computers for word processing, but the majority of homes did not. College students still used typewriters for completing their papers a majority of the time. Word processing typewriters started to get more advanced. By that, I mean that the typewriters allowed you to type one line of text on a screen and then print it out.

Although typewriters were popular for centuries, the electronic typewriter that became mainstream in the 1980s was a different breed. It used a daisy wheel printer besides having a digital display to type a line of text before you print it out. I remember my family had an electronic typewriter and the plastic daisy wheel would always break. Instead of impressing my teachers with a typed essay, I went back to using my handwriting — it saved me from a lot of heartache. 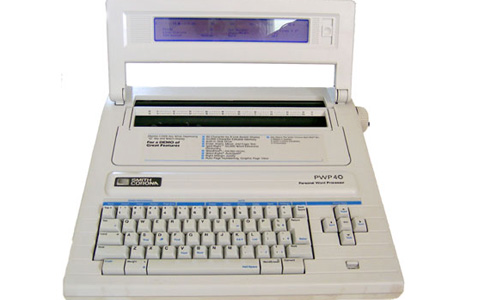 By the late 1980s, electronic typewriters were more advanced.

It was pretty common for electronic typewriters to include correction tape that would literally “wipe out” your mistake — that is, if it was a simple mistake. If you started typing a paper on the lifestyle of China by using Singapore as an example (Yes, I made that mistake when I was in high school), there’s nothing correction tape could do; you had to completely start over.

That’s why writing rough drafts was encouraged before typing a final paper. One would write their essay in paper or pen, make corrections on the paper, and only hit the electronic typewriter when the final copy was ready to go. I’m not sure rough drafts are still encouraged; one can instantly make corrections or immediately change paragraphs in an essay with Microsoft Word.

The home computer lead the death of the electronic typewriter, although some still exist today. The electronic typewriter thrived in the 1980s because a decent home computer system with a dot-matrix printer ran for more than $2000. However, colleges soon provided computer labs with PC computers that ran WordStar and, eventually, an interactive version of WordPerfect.  Microsoft Word did not become mainstream until the early to mid 1990s.