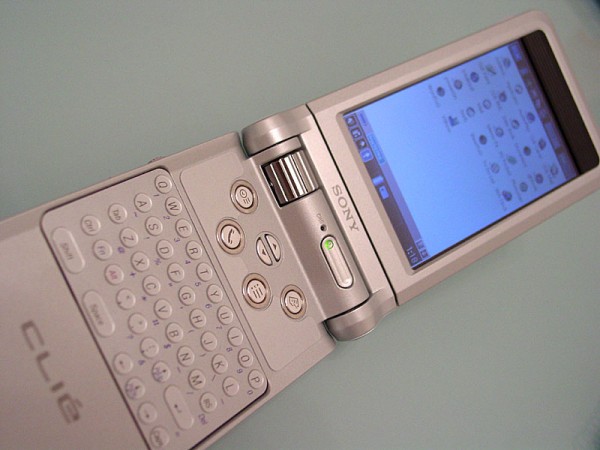 In May of 2002, Sony introduced its Clié series of handhelds with the Sony Clié PEG-NR70V. It was a clamshell Palm OS device that had a thumb keyboard, a 3.8-inch 320 x 480 pixel resolution screen, and ran on a DragonBall Super VZ processor. It was also the very first handheld device to include a camera, even though it only took 320 x 240 pixel resolution photos. It was the type of device that made people stare in amazement when you took it out on the bus.

The idea of having a camera on your pocket device was groundbreaking in the year 2002. The Clié made it possible to take sneaky pictures of the girl you found attractive or the employee in your office stealing supplies. There was no way they could tell you were taking pictures. Even though the pictures were low resolution, real estate professionals found the new Clié very useful.

The NR70V’s screen was impressive (for its time) and photos looked lifelike with the higher-than usual resolution screen. In terms of productivity, the NR70V could be used as a handheld word processor with its protruding keys. Although the Palm OS operating system wasn’t as versatile as Windows Mobile, the device was a technological wonder. 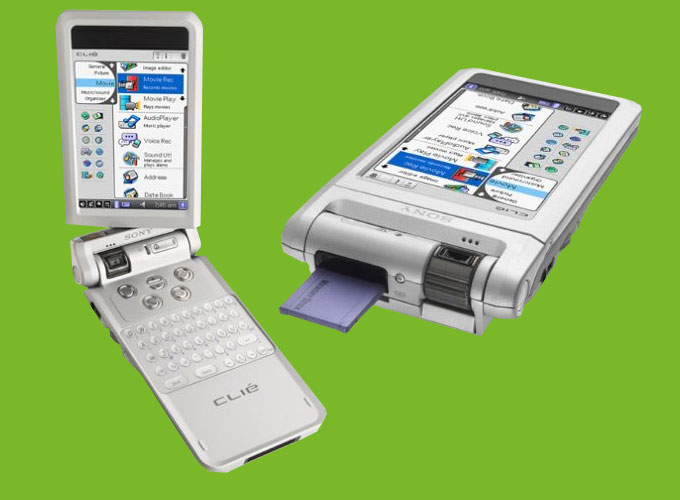 In November of 2002, Sony outdid the NR70V with the NX70V. This time, you could shoot 320 x 240 pixel resolution videos and take higher quality 640 x 480 pixel resolution photos. Like the NR70V, the new Clié doubled as an outstanding MP3 player, though certainly not as robust as the new iPod. The NX70V even had a compact flash drive for WiFi. It also had an IR port and could be used as a remote control. You had to use Sony’s expensive memory sticks too add multimedia files.

The Sony Clié series kept on getting better (and heavier), but didn’t last because the Palm OS operating system just couldn’t keep up with the amazing hardware. However, Sony inspired other mobile tech companies such as HTC, Handspring and Samsung to produce phones with thumb keyboards and cameras. Palm took Sony’s idea and successfully transplanted it onto the Treo.

Daryl Deino has been a technology enthusiast since 1995 and has written for several newspapers and technology sites. Please reach him at [email protected]
View all posts by Daryl →
This entry was posted in Review and tagged handhelds, smartphones, Sony. Bookmark the permalink.