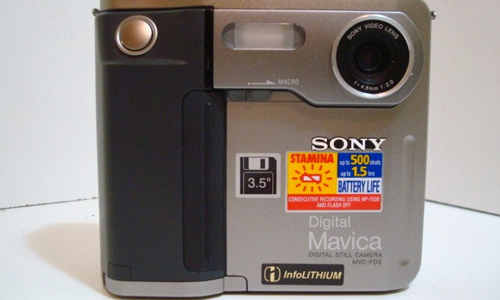 Digital cameras didn’t become mainstream until the early 2000s. They weren’t even really affordable until the late 1990s. The Sony Digital Mavica MVC-FD5 came out in 1997 and really set the stage for the consumer digital camera, even though there were cameras by other companies that came out before the Mavica, such as Ricoh and Nikon.

The MVC-FD5 was the very first digital camera to use a floppy disc. It took 640 x 480 pixel resolution pictures, which were okay for throwing into power-point presentations, but were a far cry from the type of photos you wanted to print out. Still, the camera was considered futuristic and it was a great tool for educators, such as myself, in 1997. Kids couldn’t believe that you could take pictures and not have to go to the store to develop them. Other teachers were fascinated by the Mavica as well. Unfortunately, pictures looked great on the Mavica’s LCD screen, but were awful once you put them on an actual computer screen. 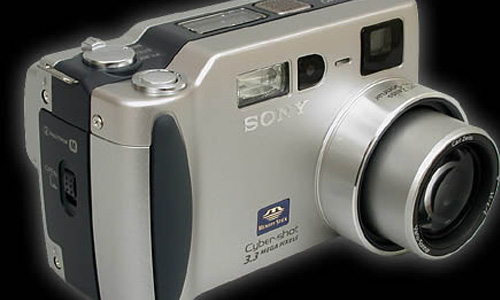 By 1999, the updated Mavica (FD-88) was able to take 1.3MP pictures. The photos looked good on both the Mavica LCD screen and a computer monitor, even though a lot of the pictures had too much noise, especially ones taken in lower-lit situations. Sony’s digital cameras soon got rid of the floppy disc storage and the Sony Cyber-Shot brand took over the Mavica brand. Sony’s newer cameras used Sony’s proprietary memory sticks. By the end of the 2000′s, Sony finally gave in and released cameras that used normal SD cards.

Daryl Deino has been a technology enthusiast since 1995 and has written for several newspapers and technology sites. Please reach him at [email protected]
View all posts by Daryl →
This entry was posted in Review and tagged Digital Cameras, Sony Mavica, Technology Flashback. Bookmark the permalink.