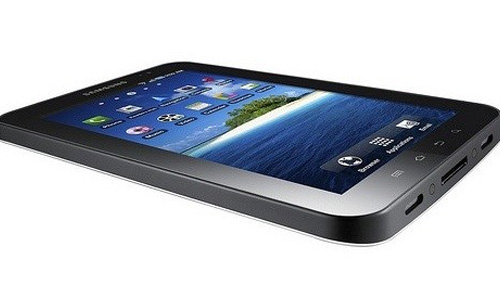 In 2010, there was one tablet that everybody wanted: the iPad. Apple was able to take a product that existed (Hello, Microsoft!) and failed. Apple did what the company does best: It made the tablet marketable and made people believe that Apple was the company who created the tablet.

Samsung wasn’t going to sit at the sidelines. They thought there was a market for a 7-inch widescreen tablet, especially for people who would use it for multimedia purposes. The first Samsung Galaxy Tab (that’s all it was called then) arrived in mid-November of 2010.

Unlike the iPad, the Galaxy Tab actually had phone capabilities. It was like a larger version of the Galaxy Note, which Samsung would release one year later. The main problem was that an off-contract Galaxy Tab would cost $600! Still, Engadget really liked the device.

“The Tab certainly packed the specs — a 1GHz processor, full Flash support thanks to Android 2.2, dual cameras, support for up to 32GB of storage and WiFi / 3G connectivity — to put other Android tablets to shame, and our initial hands-on with it only had us yearning for more.”

The screen certainly was more vibrant than the current 2010 iPad and the fact that it would work with any website that ran Flash was also a plus. At the time, many thought that Steve Jobs made a mistake not to accept Flash for iOS devices, but he ended up being right. Still, for its time, the Samsung Galaxy Tab was an advanced device. 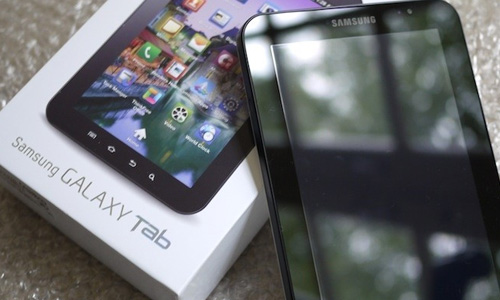 The Galaxy Tab sold for $600 off contract.

I was surprised that I was only able to find the Galaxy Tab at T-Mobile stores. At the time, I wouldn’t want to be found dead shopping at a T-Mobile store, even though that has obviously changed and I am currently a very happy T-Mobile subscriber. When I walked in the store the day it went on sale, they told me they could only sell it to me on-contract. After complaining to the manager, I was allowed to buy it off-contract.

I enjoyed using the Galaxy Tab, but soon realized it was nothing but an oversized Android phone, unlike the iPad, which ran apps specialized for the tablet form. I enjoyed watching films on it, such as Rise of the Planet of the Apes, but that’s about it. They tried to give me a hassle returning it, but did after I, once again, complained to the manager.

Samsung would go on to produce much better tablets such as the Galaxy Tab 10.1 and the Galaxy Note 10.1, but the tech giant was never able to really break through in the tablet market. Sometimes, I miss my Galaxy Tab, but would still rather use my Galaxy S6 Edge.

Daryl Deino has been a technology enthusiast since 1995 and has written for several newspapers and technology sites. Please reach him at [email protected]
View all posts by Daryl →
This entry was posted in Review and tagged iPad, Samsung Galaxy Tab, Technology Flashback. Bookmark the permalink.