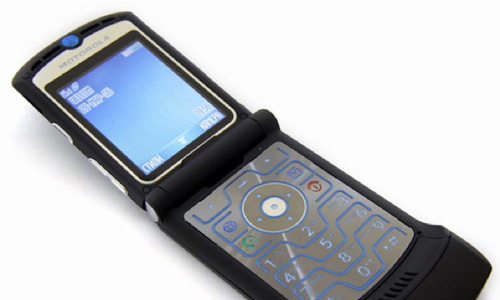 The Motorola RAZR V3 was a revolutionary cell phone.

The Motorola RAZR was one of the most well-designed and most purchased cell phones of the 2000s. Although the first RAZR was released in 2003, the Motorola RAZR V3 was the first mainstream RAZR. It was available on Verizon and Sprint by 2005 and was, perhaps, the last major successful flip phone before smartphones, such as the iPhone, took over.

The RAZR V3 received a great review from CNET.

“The Motorola V3 is all about class. From its anodised airplane-grade aluminium case to its chemically-etched keypad, Motorola has spared no expense ensuring this mobile is one smart looking handset. Its most talked about and noticeable feature is its svelte design — the V3 is only 13.9mm thick. “

The front of the RAZR V3 housed a 640 x 480 pixel resolution camera (considered good for 2005) and a color display that showed the time and picture of your choice. When you flipped open the phone, you saw the gorgeous (for its time) 2.2-inch display.

One could use the RAZR V3 to answer emails or do some basic web browsing. You could also tether the phone to your laptop in order to use the data. According to Wikipedia, the RAZR V3 sold more than 130 million units, becoming the best-selling clamshell phone ever.

By 2005, I was into smartphones and didn’t own the RAZR V3. However, my boss did and the one aspect that stood out for me was the phone call quality, which was outstanding compared to other phones. I remember telling my boss I couldn’t tell the difference between the RAZR and a landline phone, but I think I was over-exaggerating. Besides the top-notch internals, Verizon’s 3G call service was excellent in Southern California, so that helped.

The next version of the RAZR, the RAZR 2 V8, was released in July of 2007. Much of the features from the original RAZR V3 were improved, but consumers didn’t seem to care. Not only did Windows Mobile smartphones become more popular, but Apple had just released the ultimate flip phone killer, the iPhone, one month before. 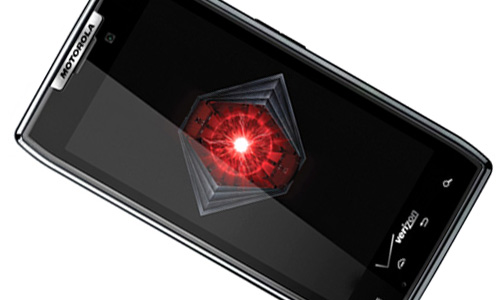 The Motorola Droid RAZR was one of 2011's most successful smartphones.

The RAZR brand still thrived, but in the smartphone format. In 2011, Motorola released the Motorola Droid RAZR, which earned excellent reviews, despite tepid battery life. In 2012, Motorola provided major competition to the iPhone 5 and Samsung Galaxy S3 with the Droid RAZR Maxx. Although the RAZR brand has gone out of style, the influence that it had on smartphones, including the iPhone and Samsung’s Galaxy S series, is undeniable.

Daryl Deino has been a technology enthusiast since 1995 and has written for several newspapers and technology sites. Please reach him at [email protected]
View all posts by Daryl →
This entry was posted in Review and tagged Droid RAZR, Motorola RAZR, Technology Flashback. Bookmark the permalink.