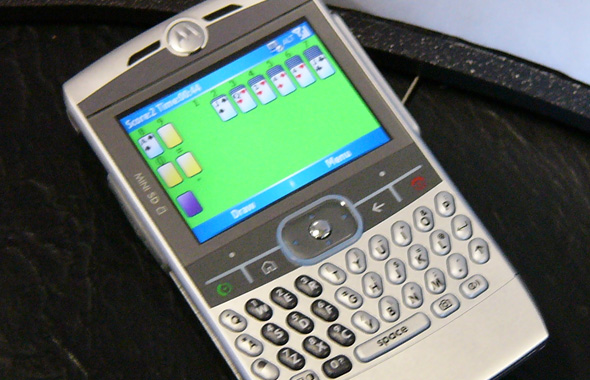 The Motorola Q7 was a groundbreaking phone for its time.

By mid 2006, the smartphone industry was taking off. Windows Mobile phones were the most popular type of smartphones, even though the concept of the smartphone still had a couple of years to be completely developed (thanks, Apple).

Windows Mobile phones had touchscreens, but the Motorola Q ran a special version that didn’t use a touchscreen. Still, it had a QUERTY keyboard and was incredibly thin. It was a great PDA, phone, music player, and even video player for the time. In May of 2006, PC World gave the Q an almost perfect rating.

“This excellent phone, e-mail, and Web surfing device will make Q a favorite letter for Verizon customers,” the review said in May of 2006, when the phone was only available on Verizon.

It was available on Sprint at the very beginning of 2007. I remember purchasing the Motorola Q for Sprint in February of 2007 and even though it wasn’t as geek-friendly as my HTC Windows Mobile phone that I had one year earlier, it was still cooler. At the time, my best friend compared it to a Blackberry.

There was one thing that the Motorola Q lacked — Wi-Fi. However, we have to remember that this was 2006 and 2007 — a time when Wi-Fi wasn’t mainstream on cellular devices. Two years later, there is no way Motorola would have gotten away with this. However, it did have a 1.3MP camera. It took average pictures, but none of they kind you would want to replace your digital camera with. The 176-by-144 pixel resolution videos were a joke and even looked bad on the Q’s 320 x 240 pixel resolution screen. Videos looked even worse on a computer screen. 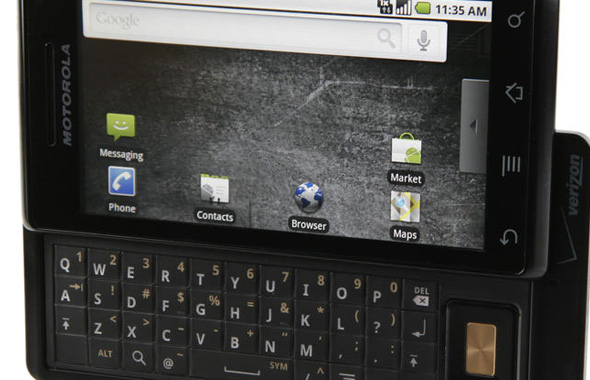 Motorola discontinued the Q series and moved on to the Droid in 2009.

On the future Motorola Q9h, Motorola would add a 2MP camera and 320 x 240 video capabilities. Unfortunately (at least for Motorola), the iPhone was released by then and took away attention from just about every smartphone every company attempted. Motorola would move away from Windows Mobile phones and work on Android phones. The Droid, released in early November of 2009, became one of the most groundbreaking smartphones of all time.

The Motorola Q may seem like a joke right now, but it was a groundbreaking and sexy phone for its time. It would have been interesting to see how Motorola could have developed the Q had they not discontinued the smartphone.

Daryl Deino has been a technology enthusiast since 1995 and has written for several newspapers and technology sites. Please reach him at [email protected]
View all posts by Daryl →
This entry was posted in Review and tagged Motorola Q, Technology Flashback. Bookmark the permalink.