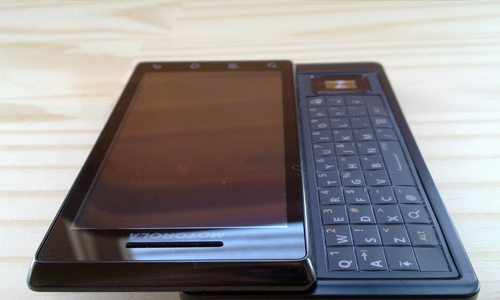 The Motorola Droid was a groundbreaking smartphone.

Android phones started to make inroads with the HTC Dream (G1 on T-Mobile) in late 2008, but it wasn’t until the Motorola Droid hit Verizon in November of 2008 that people really started taking stock in Android phones. The Droid was a truly groundbreaking phone for its time.

It must have been the first week of November in 2009. I remember going into Best Buy in Irvine, CA. All these people were looking at this huge phone that would be considered small now. The phone had a boxy look to it (almost reminded me of the Microsoft Zune), but it was still fascinating. When you moved the screen up, a keyboard appeared.

In 2009, Engadget gave the Motorola Droid a very positive review.

“Yes, the DROID is an excellent smartphone with many (if not all) of the features that a modern user would expect, and if you’re a Verizon customer, there probably isn’t a more action packed device on the network.”

The review adds that the sound on the phone (especially through earphones) and the notification system is second to none. A lot of people agreed and the Motorola Droid was Verizon’s biggest phone until they were allowed to carry the iPhone in early 2011. My seven months with the Droid (I would soon replace it with the Sprint HTC EVO 4G) were joyous as I convinced others, even iPhone users, to get the phone. 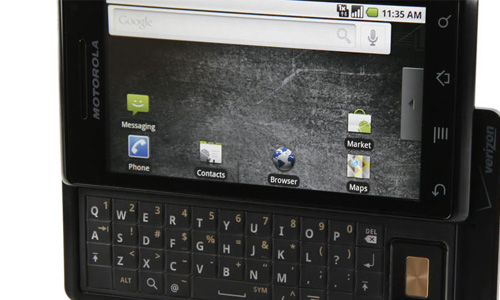 The Motorola Droid had an awful keyboard.

As much of a joy as it was to use, there were a couple of drawbacks. First of all, the thumb keyboard on the device was awful. Not only did the keys have very little tactical feedback, but they sometimes wouldn’t register. It was actually easier using the onscreen keyboard. Motorola still had a lot to learn from the Blackberry in making thumb keyboards. By the time they did fix the keyboard on future Droid smartphones, people didn’t care as much anymore.

However, the most important thing about the Motorola Droid is how it ushered in high resolution screens. The 3.7-inch screen on the Droid had a 480 x 854 pixel resolution at 265 ppi (pixels-per-inch). That’s much higher than the screen resolution on the 2009 iPhone 3GS, which had 163 ppi.

A lot has happened in the smartphone industry since the release of the Motorola Droid six years ago. However, the original Droid rightfully has its place in the Smartphone Hall of Fame.

Daryl Deino has been a technology enthusiast since 1995 and has written for several newspapers and technology sites. Please reach him at [email protected]
View all posts by Daryl →
This entry was posted in Review and tagged Motorola Droid, Technology Flashback. Bookmark the permalink.