There was the Atari 2600. In late 1982, there was ColecoVision. Somewhere in between (quality-wise at least), there was Intellivision. The game system, made by Mattel, was actually released in 1979, but didn’t really catch on until the early 1980s. 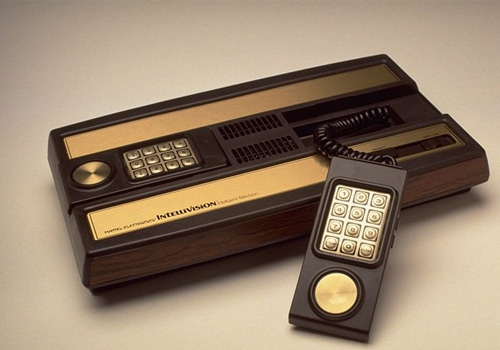 Intellivision was one of the most popular home video game systems of the early 1980s.

Some of the most popular game titles included Beauty & the Beast, Thin Ice, Atlantis, Demon Attack, and my personal favorite, Astrosmash. Since Mattel couldn’t get rights to port most arcade games, they often produced knockoffs of some of the post popular arcade titles. For example, Beauty & the Beast was a knockoff of Donkey Kong, while Astrosmash was a knockoff of both Space Invaders and Asteroids.

So, what made Mattel and Intellivision become so unpopular? In mid-1981, Mattel promised a full home computer module for the Intellivision game system that never came to fruition. The new computer system would introduce kids to computer programming through an inexpensive keyboard and a simplified, color-coded version of BASIC. The computer module kept being delayed and was finally pronounced dead in the Fall of 1982, after the FCC fined Mattel $10,000 a day for not delivering on consumer promises. 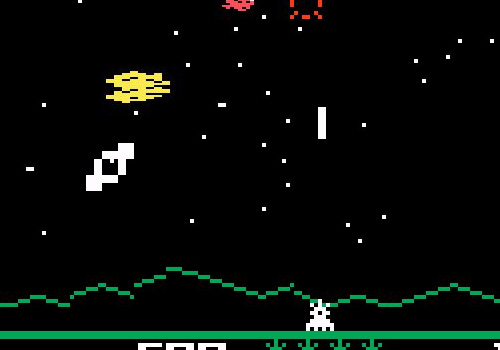 Astrosmash was one of the most popular games on Intellivision.

Mattel eventually released a device far less powerful than its original computer module called the ECS (Entertainment Computer System) in 1983, but only with very little support. A planned Program Expander, which would have added another 16KB of RAM and a more sophisticated, fully featured Extended-BASIC to the system, were abruptly stopped. Unfortunately, only about a dozen software titles were released for the ECS. Intel’s computer expansion model problem was bad, but not nearly as brand-crashing as the disastrous release of the ADAM computer module for ColecoVision in 1983.

Intel broke another promise by planning to release the Intellivision II game system during the 1983 Christmas season. However, with new game systems like the Atari 5200 and ColecoVision taking over, Intel pulled back as they obviously realized that their new product would fail.

By the 1983 Christmas season, the home video game system market’s crash was really starting to take effect. Too many low quality games with too many defective hardware components for video game systems not only hurt Mattel, but Coleco and Atari as well. For those who want to relive their Intellivision memories, you can buy a retro Intellivision clone with built-in games on Amazon.com.

Daryl Deino has been a technology enthusiast since 1995 and has written for several newspapers and technology sites. Please reach him at [email protected]
View all posts by Daryl →
This entry was posted in Review and tagged Video Game Systems. Bookmark the permalink.