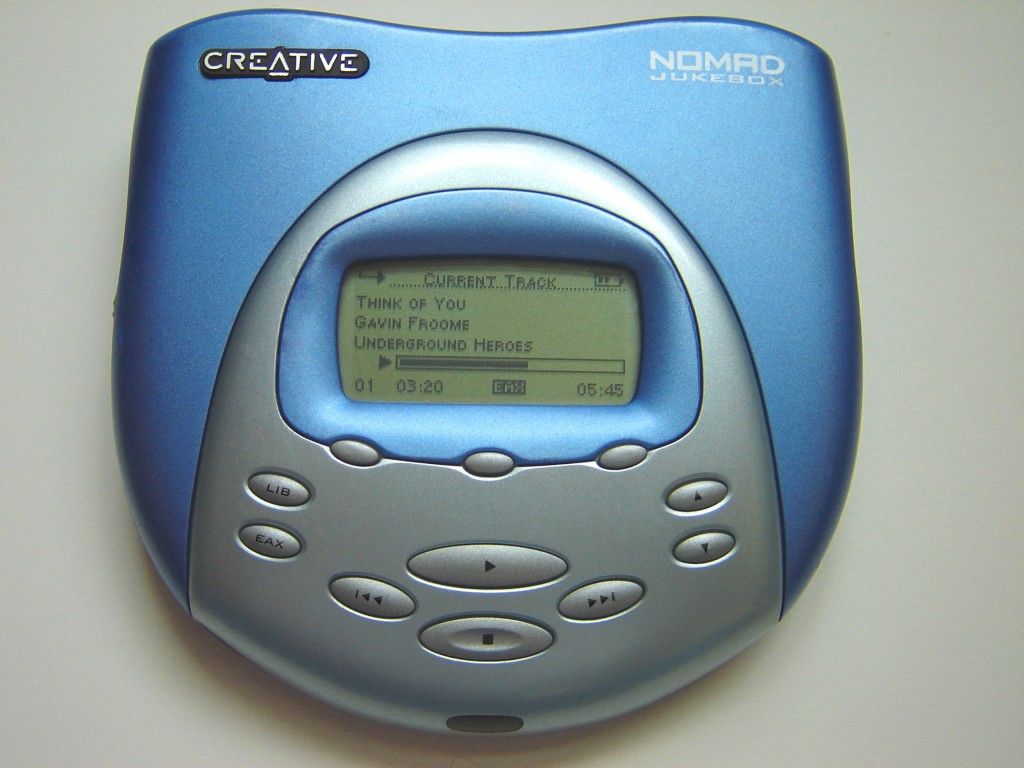 It was October of 2000. I just got stood up for a date at a Mexican restaurant in Burbank, CA (I forgot the name of the place, sorry). I had lunch all alone and was really depressed. I somehow stumbled into Comp USA and discovered an MP3 player that was the size of a portable CD player. I saw that it was able to play hours of MP3 music, not just 10 or 11 songs.

Creative released it’s$500 player in September of 2000 and it was a huge hit. The Nomad Jukebox had a 6GB hard drive. If you had more than 6GB of MP3 files in 2000, you were probably too obsessed with music. The sound quality was the best of its kind at the time. The Nomad Jukebox had an equalizer, spatialization settings, etc. It was a music lover’s dream come true.

I purchased the Nomad Jukebox with a Comp USA credit card, even though I probably shouldn’t have at the time. Looking back, it was worth every penny. The Nomad Jukebox was a little bit on the big side, but still portable. I bought one of those disc-man straps to put around my waste and was able to fit the Nomad Jukebox in the strap.

Transferring music to the device was really easy with Creative’s desktop PC software. I eventually figured out a way to transfer music files without using Creative’s software. I got looks wherever I went with the device and probably helped make Creative Labs a lot of money. The Nomad Jukebox wasn’t the last great MP3 player Creative Labs would make. 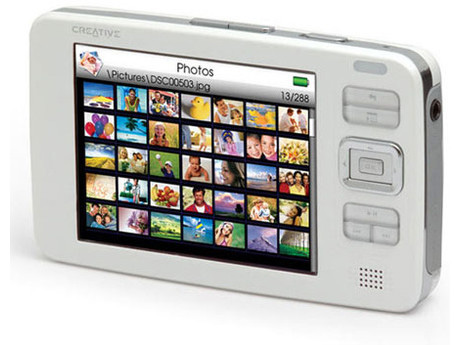 In the 4th quarter of 2005, Creative Labs released the Zen Vision media player. It was lightweight, had a high-resolution screen (for the time) and played various types of audio and video files. It was a multimedia geek’s come true. In early 2006, Creative Labs ended up releasing a mini version of their multimedia device, the Zen Vision M. Many thought of it as an iPod killer, but Creative Labs didn’t have the same marketing clout as Apple in order to make the device as successful as it should have been.

Daryl Deino has been a technology enthusiast since 1995 and has written for several newspapers and technology sites. Please reach him at [email protected]
View all posts by Daryl →
This entry was posted in Review and tagged Creative Labs, MP3. Bookmark the permalink.