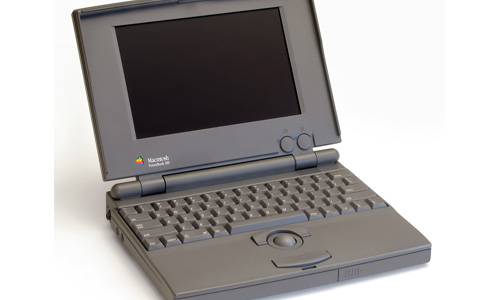 In 1991, owning anything by Apple wasn’t really considered as cool as it was in the 1980s,  but Apple’s first laptop ended up influencing a lot of other laptops. The PowerBook 100 ended up being introduced in the marketplace for $2300 (without the floppy disc drive). That wasn’t an outrageous price for high-end laptops then, but it was outrageous for a laptop that only had a 16 MHz processor, 2MB RAM and a 20MB hard drive.

The PowerBook 100 weighed slightly more than five pounds, which was considered very light for the time. It had a 9.0″ monochrome passive-matrix screen and just one external serial port that was designed for use with a printer or even a hand scanner. It didn’t offer an external modem port, but one could purchase an optional 2400 baud modem.

In September of 2009, CNET ranked Apple’s PowerBook 100 as the top gadget of all-time.

“Never mind the Apple versus PC debate: Until Apple unveiled this 5.1-pound machine, most ‘portable’ computers were curiosities for technophiles with superior upper-body strength. But the PowerBook 100′s greatest and most lasting innovation was to move the keyboard toward the screen, leaving natural wrist rests up front, as well as providing an obvious place for a trackball.”

CNET added that the layout of the PowerBook 100 seems natural now, but the style ended up being copied by other notebook manufacturers. This is one of those times where Apple actually did create something new rather than reshaping failed products from other companies in order to make them marketable.

PCWorld named the PowerBook 100 as the 10th best PC of all-time. They also noted how moving the keyboard towards the screen ushered in a lasting design. They also thought the trackball was different and very innovative.

There were some problems with the PowerBook 100. In fact, in September of 1992, UPI reported that Apple had to recall all PowerBook 100 laptops due to  a circuit board short capable of melting the outer plastic case. There were reportedly 60,000 units affected by the problem. 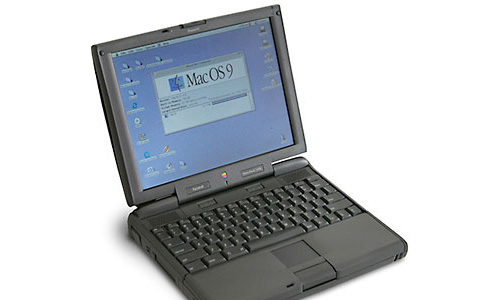 Daryl Deino has been a technology enthusiast since 1995 and has written for several newspapers and technology sites. Please reach him at [email protected]
View all posts by Daryl →
This entry was posted in Video and tagged Apple, Technology Flashback. Bookmark the permalink.