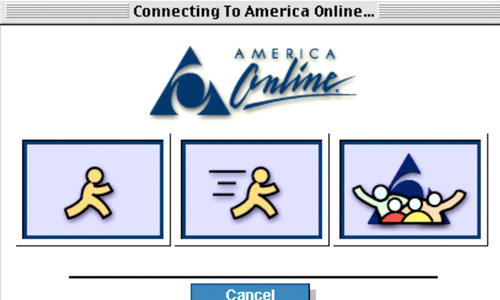 If you are older than 35, you probably remember a time when America Online was the most exciting thing in technology communications. You may even still have your old AOL screen name. You probably remember running up your parents’ (or your own) credit card, since AOL charged per hour. 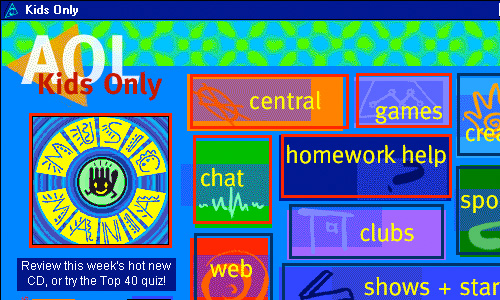 AOL had a special section just for kids.

Starting at the end of 1996, AOL just charged one flat fee of about $20 per month. However, once they did this, it was hard for people to get online since so many others were trying. But that television static sound that occurred once you made a successful connection felt like entering Heaven. Once you were connected, you didn’t have to stay on AOL; the software provided your ISP connection. You could use Internet Explorer or Netscape in order to read the latest newspapers.

However, there were much better ISP services than AOL and many switched. However, AOL still allowed you to sign on to AOL for $9.95 per month with something called “Bring Your Own Access.” The AOL message boards, education channels, and even music channels were popular until the mid 2000′s.

Why did one of America’s most love brands go south? Perhaps, the mainstreaming of high-speed DSL or cable Internet services had to do with a lot of AOL’s downfall. Dial-up services weren’t practical anymore and AOL lost a lot of subscribers. They tried to do jump on the high-speed Internet thing for a short time, but that failed.

The arrival of social networks, such as Friendster and MySpace certainly didn’t help AOL remain relevant. Instead of looking for love on AOL, many lovebirds turned to such dating services as Match.com. But all is not completely dead for AOL, believe it or not. Would you believe AOL still has 2.2 million dialup subscribers? There are people who still live in the 1990s or live in areas where high-speed Internet access is not offered.

No matter how much people laugh at the idea of AOL now or laugh at people who still have AOL email addresses, one can’t deny the influence AOL had. The modern online social landscape owes thanks to what America Online had created.