I have been using the brand new Surface Book 2 for the past couple of hours. I am far more impressed than unimpressed, but I haven’t spent enough time with it to see all its faults yet.

The version I am reviewing runs on an 8th-gen i7 processor, 8GB RAM, a 256 SSD, and a discreet NVIDIA GeForce GPU. It runs for $1999, but if you qualify for a discount from Microsoft, you can get $200 off. It may not be worth $1999, but it is definitely worth $1799, especially compared with the MacBook Pro with (almost) the same specs.

Here are some of my first impressions: 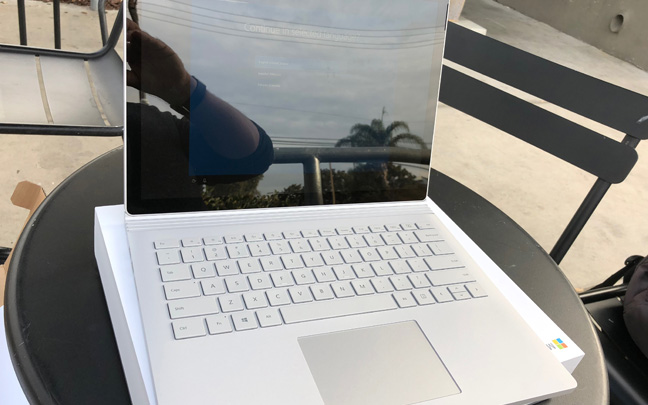 The Surface Book 2 is a well-built device. 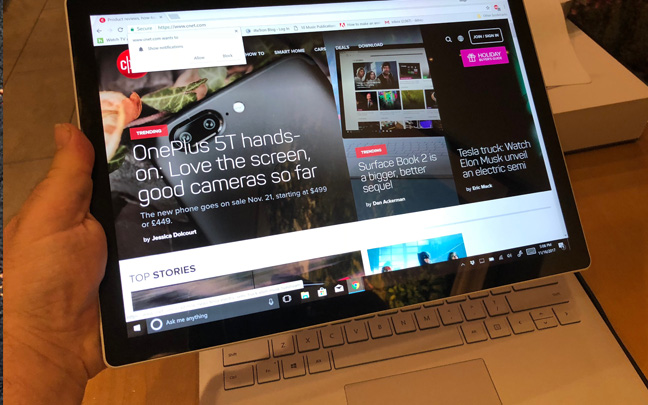 I am more impressed with the Surface Book 2 than I thought I would be. The overpriced Surface Book that was released in 2015 feels like a Beta product now. That said, the Book 2 will take a big bite out of your wallet. However, it may be worth it.

Daryl Deino has been a technology enthusiast since 1995 and has written for several newspapers and technology sites. Please reach him at [email protected]
View all posts by Daryl →
This entry was posted in Review and tagged MacBook Pro, Microsoft, Surface Book 2. Bookmark the permalink.