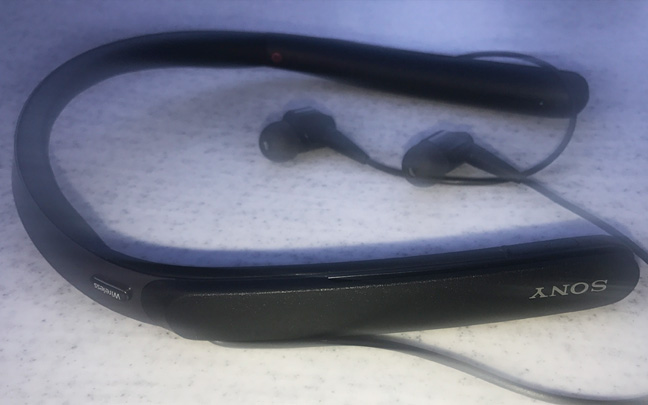 Sony has just become the best headphone maker in the world. You can quote me on that. The new WF-1000x earbuds, reviewed last week at iReTron, border on being the most innovative earbuds, but have some early issues that need to be taken care of with (hopefully) a soon-to-be released software fix. But the WF-1000x’s big brother, the W1-1000X works almost flawlessly.

The W1-1000X earphones have a more sturdy and heavy build than recent ones from Sennheiser or even Bose. These aren’t the type of earphones that you can cram into your pocket. On the other hand, these will stay on your neck without one side completely tilting over. The control buttons are a little difficult to reach on the inside of the left band. Sometimes, it’s easier to control these buds from the Sony app that you can use for Android or iOS. 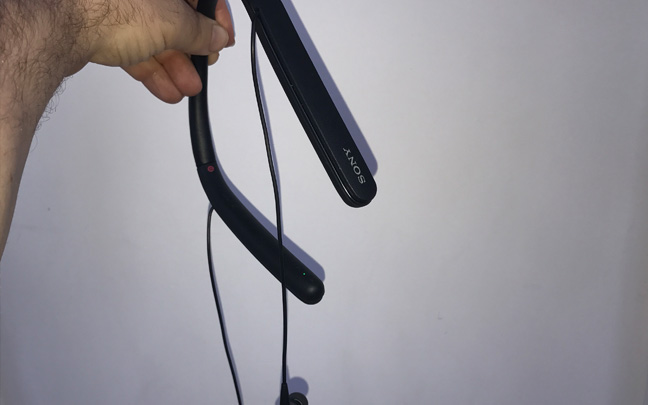 Speaking of Android or iOS, the W1-1000X headphones have the high quality aptX codec for most Android phones and the high quality AAC codec for the iPhone. Most headphones have just one or the other. For example, the WF-1000X earbuds defaulted to the SBC codec (lowest quality) when used with the Samsung Galaxy Note 8. There isn’t a huge difference between SBC and the more advanced codecs, but it is noticeable if you listen to wireless headphones a lot.

The overall sound quality equals that on the fantastic (but without noise cancellation) Sennheiser HD 1 neckband headphones. There’s heavy in bass, but it’s not too domineering. The highs are emphasized, but not enough to overshadow the mids. The W1-1000X brought out instruments on Bruno Mars’ “Uptown Funk” that I haven’t heard before. The soft chords and light vocals of Bob Seger’s “We’ve Got Tonight” also come through very well and add texture to the beautiful song. 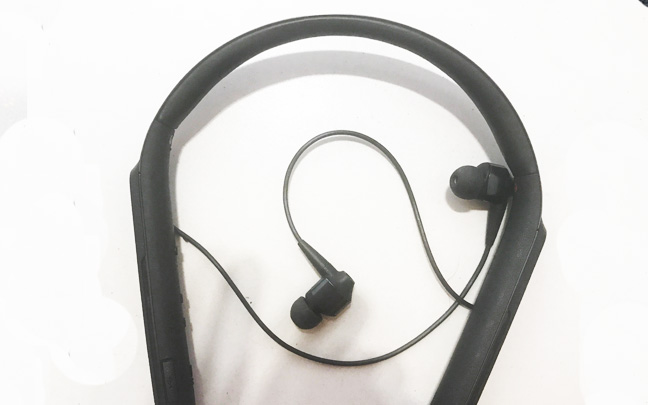 But the biggest surprise about the W1-1000X is the noise cancellation, which does an even better job than Sony’s flagship over-the-ear headphones, the MDR-1000x. The Sony Headphones app allows you to change the amount of noise cancellation you want. This is especially helpful when going for a jog and not wanting to get hit by a car. There is also an “Adaptive Sound Control” feature that others have bragged about but one that I don’t find works as well as advertised.

The W1-1000X headphones last as long as advertised — about ten hours. Sometimes, I found them lasting longer. If you run out of battery juice, you can get a couple hours worth by charging them for 15 minutes. But given that you can check the amount of life left by pressing the power button rapidly, you shouldn’t be caught off guard with no power left.

Daryl Deino has been a technology enthusiast since 1995 and has written for several newspapers and technology sites. Please reach him at [email protected]
View all posts by Daryl →
This entry was posted in Review and tagged Sony W1-1000X. Bookmark the permalink.