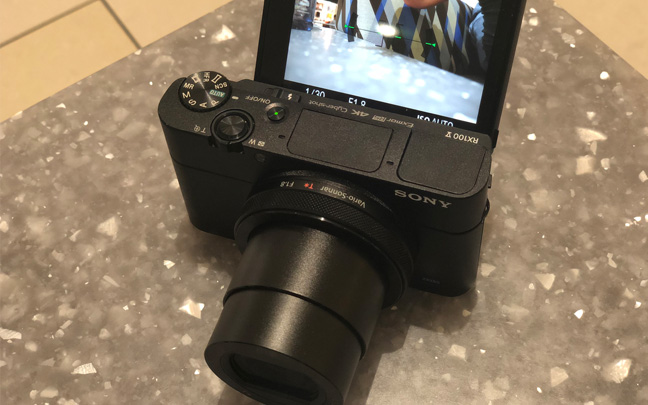 A couple weeks back, I wrote an article about how digital cameras still exist and are the go-to cameras for professionals. One of the cameras I talked about was Sony’s $950 Cyber-shot RX100 V, perhaps the most popular mini digital camera for professionals. It’s technically not a DSLR camera, but most users claim it takes DSLR-quality pictures and videos.

This past week, I was able to get my hands on Sony’s expensive (but really cool-looking) camera and used it for two full days. I really wanted to write an article on how much better this thing was than my iPhone X. I wanted to prove to my readers that the digital camera is not dead. At first glance, this looked like the coolest camera in the world.

Then, reality hit. To be sure, the camera is well-built. But it has a screen in back that looks like it came from 2005 — not only does it scratch easily, but it has backlight bleed. It also is not a touchscreen. When I started taking pictures and videos, the results were mixed. 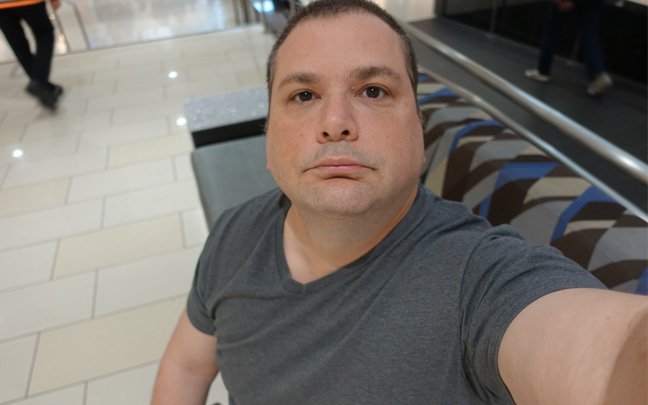 I took some pictures indoors at the Glendale Galleria. Shockingly, many of them came out blurry. When the lighting was better, the pictures were better. When I turned on the flash, there was no blur. 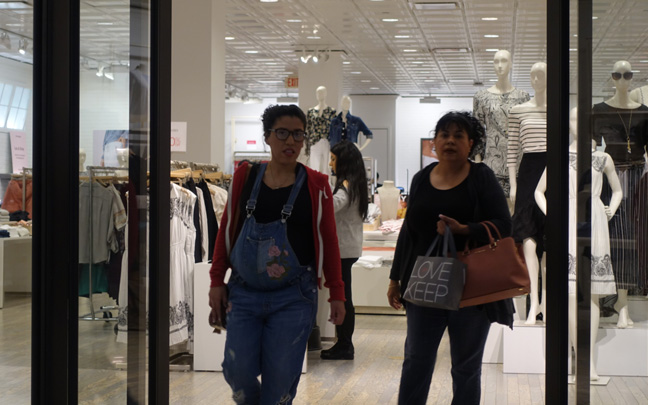 Indoor pictures with the RX100 V leave a lot to be desired.

The outdoor pictures were very nice. And the outdoor 4K videos were okay, until you turned up the sound and heard the wind. If anybody gets the Cyber-shot RX100 V, they certainly will need to get small wind filters for the stereo microphones, which don’t even offer a lot of stereo separation. The main problem is that the RX100 V isn’t compatible with an external micrphone, like the iPhone and several digital cameras are.

Speaking of the iPhone, I didn’t see enough of a quality difference between my photos on the iPhone X and the RX100 V to justify a $950 (!) price tag. In terms of videos, the iPhone takes clearly better 4K videos. In terms of sound, Apple’s mono mic is poor, but I am able to use Sennheiser’s AMBEO Smart headset, which offers 3D mics for virtual reality-like stereo sound, as my mic for the iPhone X. 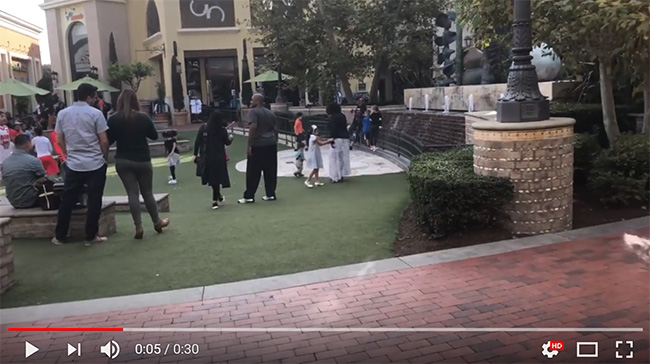 I could have used the RX100 V for more than two days, but was just too frustrated. In the end, I couldn’t believe people were paying that much for a camera that’s not as good (for the casual user) as a high-end smartphone camera like the one on the iPhone X (or even the Galaxy S9+). At least I learned to appreciate my iPhone X camera a lot more, and I have been using it a lot more since I (happily) parted ways with the Cyber-shot RX 100 V. But I hold no anger towards Sony; I still think their audio products are great.

Daryl Deino has been a technology enthusiast since 1995 and has written for several newspapers and technology sites. Please reach him at ddre[email protected]
View all posts by Daryl →
This entry was posted in Review and tagged Digital Cameras, iPhone X, Smartphone Cameras, Sony RX100 V. Bookmark the permalink.