The Sonos Move Is The Best Portable WiFi Speaker Available 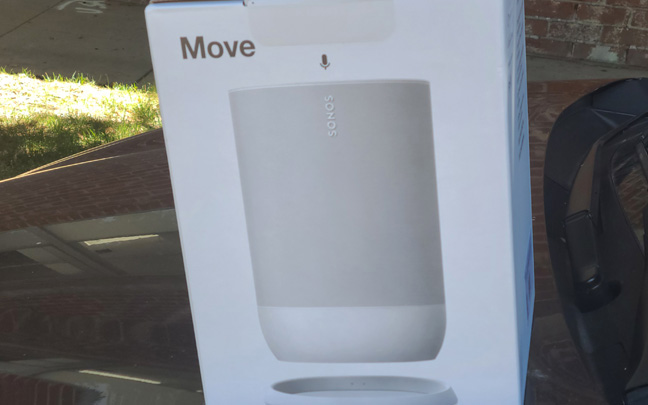 Last month, I reviewed the Bose Portable Home Speaker and was very impressed. It’s certainly worth $349 (or $299, if you can find a deal). But I am far more impressed with the Sonos Move and think it may be an even better buy, even though it costs $50 more. As a friend commented when listening to it, “I can’t believe the sound on this is coming from a single mono speaker.”

The truth is that unlike the Bose Portable Home Speaker, you can pair two Sonos Move devices for each stereo channel (though Bose says an update is coming sometime this year). However, you may not need to. A single speaker offers enough separation of the sound range in order to make it sound like you are listening in stereo.

The Move can be transferred from place to place, but it’s pretty heavy (for a speaker) at 6.6 pounds. It looks like some type of dome from outer space that you can charge by putting into a ring that comes with the purchase. It’s also almost 10-inches tall and not something that you can just throw in your bag. 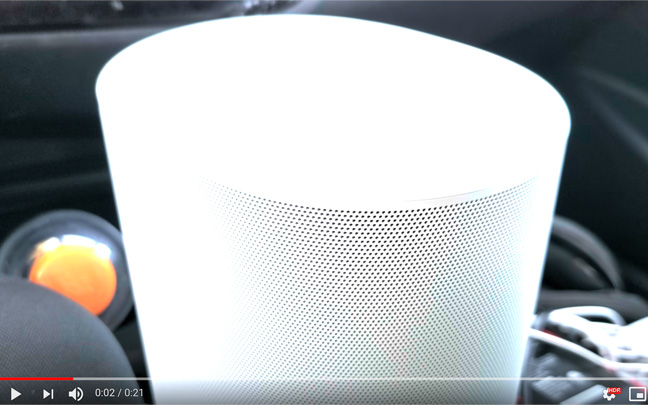 But whatever the weight, the sound is fantastic, especially when listening to ambient or dance music. Take the slow jam “Don’t Look Back” from Rick and Morty. The Sonos lifts the song up from the bottom and pumps the bass softly into your ears. And despite outstanding highs and lows, you can easily hear the vocals.

If you are in party mode, a song like “Bad Guy” by Billie Eilish can make your stomach turn — in a good way. The good news is that even when you turn the volume up towards its max (you may want to avoid the highest volume if you don’t want your eardrums busted), none of the bass disappears.

The Move is very easy to set up, unlike the Bose Portable Home Speaker and the Bose Home Speaker 500, which will be reviewed here very soon. The Move App is very user-friendly and will guide you though everything and even warn you of any problems you’ll run into (you probably won’t).

The only negative thing may be the battery life. Sonos claims 10 hours of battery life, but my tests have revealed slightly less (9.5 hours and 9 hours on two tests with the volume at 40 percent). Still, it’s nice to have the charge ring come in the box. You can charge the Sonos Move though the USB-C port, but I have found that many USB-C chargers, including the ones that come with the MacBook Pro (both 13 and 16 inch versions) don’t work.

Still, the Sonos Move is the best battery-operated WiFi speaker one can buy now. $399 may seem like a lot to pay for a speaker ($349 if you are lucky), but you’ll get every bang (and bass thump) for your buck.

Daryl Deino has been a technology enthusiast since 1995 and has written for several newspapers and technology sites. Please reach him at [email protected]
View all posts by Daryl →
This entry was posted in Review and tagged Sonos Move, Speakers. Bookmark the permalink.