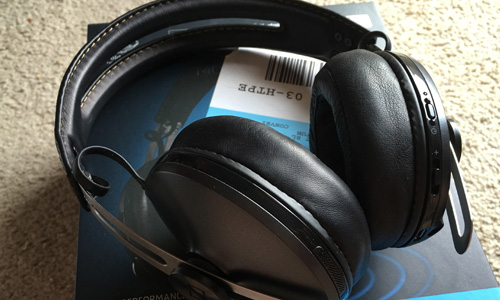 Sennheiser has fixed the Bluetooth bug in their most popular wireless headphones.

I reviewed the Sennheiser M2 Wireless Headphones (the $499 over-the-ear version) in March and even though my review was mostly positive, I ended up returning them. First of all, I didn’t think the bass was powerful enough. Then again, it didn’t help that I was also using the Beats Studio Wireless at the time, which is all about the bass. But there was a bigger problem and I wasn’t the first person to notice it.

The Bluetooth connection on the M2 Wireless went out and back in (and back out again) randomly. In most places, such as the gym, the problem wasn’t there. However, when I would walk on a busy street, the headphones became unusable. Finally, as Engadget noted in May, Sennheiser recalled their Wireless M2 headphones.

“After what Sennheiser says is a ‘small number’ of customer complaints, it stopped production and shipment of the Momentum Wireless until the issue is fixed.” 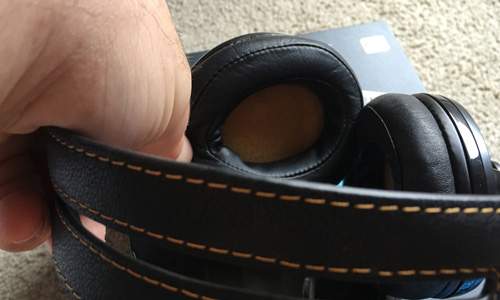 Actually, it wasn’t a “small amount” of customer complaints. People on several different message boards reported the problem. Sennheiser at least did something about it. I returned mine before I could send the M2 Wireless to Sennheiser. Both the on-ear and over-the-ear versions of the M2 Wireless went out of production for a couple months, but it looks like the problems have been resolved.

The revised on-ear version has been available at Amazon.com since late September. The over-the-ear version, which is the one most people want, has been tricking in from third party retailers at Amazon. However, this past weekend, I discovered that a limited about of Best Buy stores do carry the revised M2 Wireless Around-Ear Bluetooth headphones. I may have to starve for the next two weeks, but I just had to buy these.

At first, like the ones I tested in March, the bass didn’t seem to have a kick. But after I used the headphones for an hour, things changed. The M2 Wireless Around-Ear headphones could use a little more bass, but what they offer isn’t a deal killer. The middle and higher ranges of sound sound spectacular. There is a simpler way to describe the quality: When you use the M2 Wireless Around-Ear headphones with the iPhone 6s Plus, which doesn’t even have AptX technology, you feel like you are wearing a pair of wired headphones.

The noise cancellation on the M2 wireless is almost as good as it is on Bose headphones. I’ve been sleeping with these on and not only is it (sort of) comfortable, but I have been getting full nights of sleep without being awaken by mundane things.

The revised Sennheiser M2 Wireless Over-The-Ear Headphones are ridiculously expensive at $499. But they are also the best wireless headphones on the market today.

Daryl Deino has been a technology enthusiast since 1995 and has written for several newspapers and technology sites. Please reach him at [email protected]
View all posts by Daryl →
This entry was posted in Review and tagged Bluetooth Headphones, Sennheiser. Bookmark the permalink.