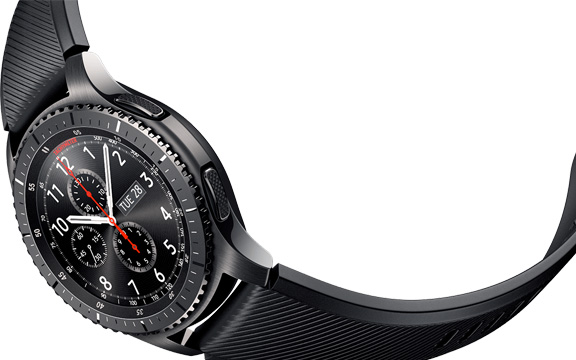 The Samsung Gear S3 (Classic or Frontier) is now available, including a 4G LTE Frontier version.

About a year ago, I reviewed the 3G version of the Gear S2 smartwatch and was quite impressed. When I tested out the non-3G version two months earlier, I wasn’t as impressed since the Tizen operating system was brand new. But Samsung provided many updates that made the Gear S2 (3G or not) a worthwhile smartwatch and a great competitor to the Apple Watch.

Last week, the Gear S3 came out. There is a “Classic” version that looks like something you would wear at an office. Then, there is the “Frontier” version that is more rugged and is better for outdoor use.  There haven’t been many professional reviews, but those who have purchased the device have mostly positive things to say about it. In a podcast, ZDNet had a lot of positive things to say about the Gear S3 (Frontier 4G LTE version on T-Mobile). 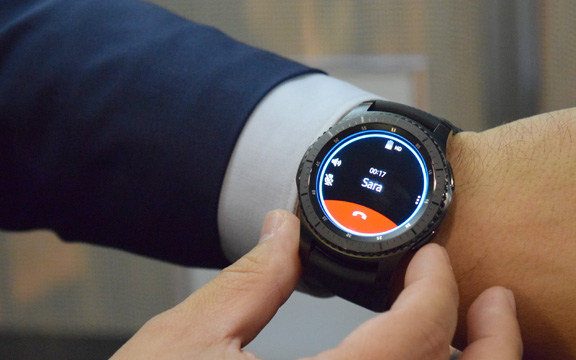 The Samsung Gear S3 can be used with most new Android smartphones.

Unfortunately for Samsung, the Galaxy Note 7 debacle is still fresh. Because of this, people may not want to give the Gear S3 a chance. I am trying to get a review unit, but won’t be devistated if I don’t. Truthfully, I’ve been enjoying my Apple Watch Series 2, which has been one of the most useful devices I’ve ever purchased.

Apple may not have a 4G version of its new watch, and the rumor is that they won’t in the near future because 4G eats up too much battery life. They could do what Samsung did — make a big clunky watch so a bigger battery can fit. But Apple is about style just as much as substance, so you won’t ever see a huge Apple Watch that looks like a rock on your wrist.

Still, you have to give Samsung credit for trying to be ahead of the game by 0ffering 4G on a smartwatch. Sadly, Samsung doesn’t have much to lose anymore since their brand reputation went completely south after the Note 7 debacle. Stay tuned for a hands-on review of the Gear S3, even if I have to go to a store in order to use it.

Daryl Deino has been a technology enthusiast since 1995 and has written for several newspapers and technology sites. Please reach him at [email protected]
View all posts by Daryl →
This entry was posted in Tech News and tagged Apple Watch, Gear S2, Gear S3. Bookmark the permalink.