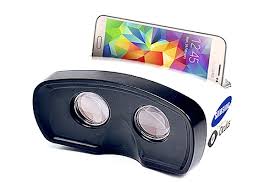 On Wednesday, Samsung gave us a little more information about the release date for the Gear VR headset, which is used along with the Galaxy Note 4. The virtual reality headset is now scheduled for an early December release, but only in the United States. One has to sign up in order to pre-order the device. Samsung hasn’t revealed exactly how many units they plan to initially ship.

There have been strong rumors that the device may not even make an early December release. One of the reasons for this is because of heat issues with the device. However, Samsung’s Andrew Dickerson has responded to this by claiming developers who have encountered a 20-minute “thermal limit” with games on the Gear VR were using an older version of the company’s mobile SDK that tended to push the Galaxy Note 4 to its limits.

“We turned the cores back to a more reasonable level,” Dickerson claimed. Unfortunately, turning the cores back could also hurt performance. It’s also important to note that the Galaxy Note 4 already heats enough on its own without being attached to the Gear VR.

Gear VR enthusiasts on different message boards have become suspicious, especially since Samsung seems to be downplaying the device as the weeks go by. Samsung is stressing now that the Gear VR really isn’t a “consumer” product–it is only for enthusiasts and developers. Perhaps they are covering themselves if things don’t work out.

Still, one has to credit Samsung and Oculus (who makes the Gear VR) for being so aggressive in the marketplace. From most accounts, the Gear VR offers a great virtual reality experience. In a previous blog post, I talked about how well the Gear VR works as a virtual movie theater. This alone makes the Gear VR worth the $200 (considering you already have the Galaxy Note 4). 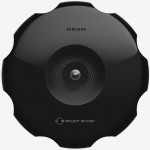 Daryl Deino has been a technology enthusiast since 1995 and has written for several newspapers and technology sites. Please reach him at [email protected]
View all posts by Daryl →
This entry was posted in Tech News and tagged Gear VR, Project Beyond, Samsung. Bookmark the permalink.