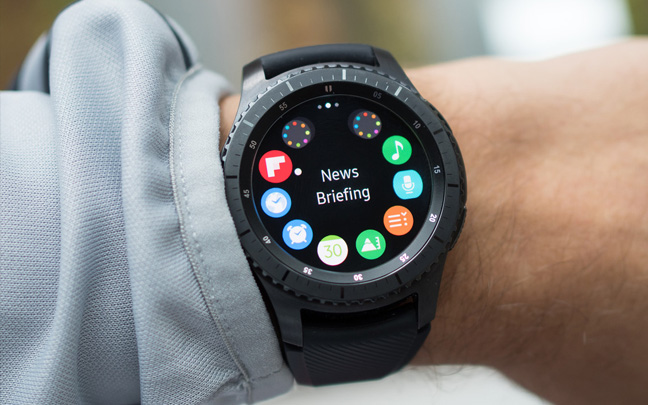 I have been using the Samsung Gear S3 Frontier for the past couple of days (paired with Galaxy Note 5), and needless to say — I can’t wait to put the Apple Watch back on. The 4G LTE model of the Frontier is clunky, feels incomplete, and has horrible health tracking capabilities.

To be fair, the Gear S3 Frontier is solidly built. It feels refined, well planned, and the bezel moves around flawlessly. But the 46mm face is clunky and it almost feels like your wearing what an egg would feel like if you could flatten it without breaking it. 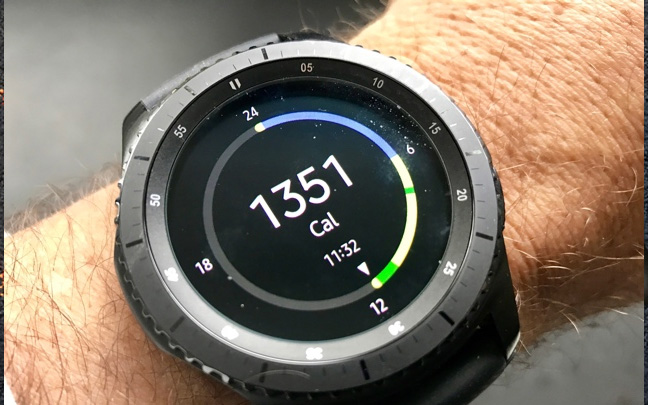 According to the Gear S3 Frontier, you can burn more calories in your sleep than actually exercising.

One of the main reasons I use a smartwatch is for fitness tracking capabilities. The Apple Watch Series 2 isn’t perfect, but it’s definitely workable. Now, you don’t even have to choose a program when you want to track a 10 minute walk; it accurately tracks it automatically. One can’t say the same thing about the Gear S3 Frontier.

The biggest frustration is that despite many complaints, Samsung still hasn’t fixed a bug where one can burn 800 calories a night just by sleeping. In some cases, according to the Gear S3, one can burn more calories sleeping than actually exercising. Perhaps Samsung assumes that people are dreaming of their exercise and counting that. There also aren’t any readily available watch faces that display the amount of calories burned.

The screen itself is crystal clear thanks to the AMOLED display. But it’s supposed to turn on every time you raise the watch towards your face — that  works about 80 percent of the time. And the battery life is great; most people can get at least two days of use. However, if one relies simply on the 4G LTE radio, the battery life is a lot shorter.

Daryl Deino has been a technology enthusiast since 1995 and has written for several newspapers and technology sites. Please reach him at [email protected]
View all posts by Daryl →
This entry was posted in Review and tagged Apple Watch, Samsung Gear S3 Frontier, SmartWatch. Bookmark the permalink.