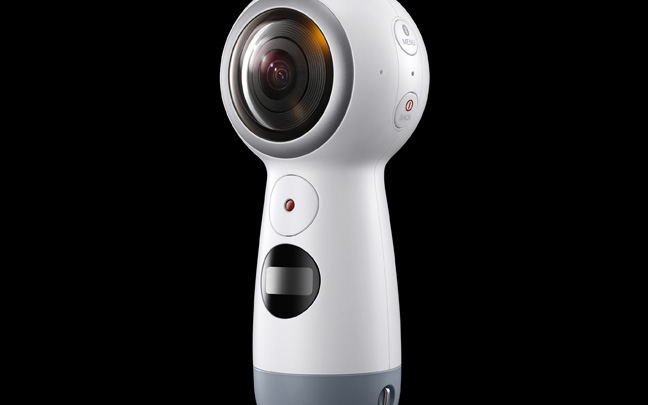 I haven’t been able to get my hands on the new Gear 360 camera from Samsung, and judging from some of the reviews, I may not be missing much.

“The 2017 Gear 360 feels more like a new shell around the original device than a fully-baked next-gen product,” says Stephan S. of Phone Arena, who adds that even though he got some satisfaction out of using the camera, he couldn’t help wonder about the possibility of better images, less restrictive compatibility with non-Samsung Android devices, and waterproofing.

Cameron Faulkner from TechRadar claims the Gear 360 isn’t the evolutionary 360 degree camera his team was hoping for.

“Like it did last year with the original Gear 360, Samsung is treading forward in making 360-degree videos more accessible than ever. Adding in iOS compatibility for its latest model will certainly help to boost viewership and adoption of the medium, but the Gear 360 2017 will only get so far as it falls back on some familiar hardships, namely its rather lousy video quality. ” 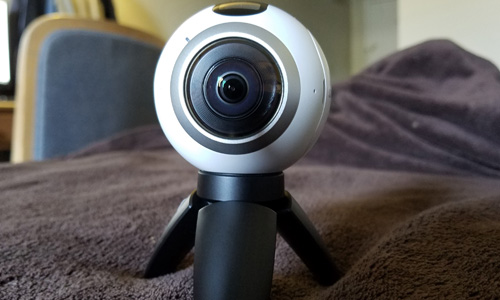 The part about the video quality is important, because that’s what made last year’s Gear 360 a terrible buy for $349. I originally bought the Gear 360 to film “immersive” videos for my Gear VR headset, but the 3840×1920 pixel video resolution made it feel as if you were lost in the middle of 1980s VH1 land. The resolution has improved to 3840 x 2160 on the new Gear 360. This should make a noticeable but not significant improvement.

There have been some positive reviews for the Gear 360, although none are 4-star raves. Les Shu of Digital Trends gives the device three-and-a-half stars and notes that the new 360 camera is a significant improvement from Samsung’s 2016 effort.

“The Gear 360 is unashamedly targeted as a consumer product. No high-flying pro-sumer technical specifications here, and none should be expected from a device which must aim for a price point attractive to casual users. Nevertheless, the spherical 360 camera packs quite a punch for a device so small.”

It’s important to note the new Gear 360 is a lot cheaper than last year’s version. If you buy a Galaxy S8 or an S8 Plus up until June 19, you can get the camera for $49 extra. Otherwise, one can buy it for as low as $209.98 at Amazon. The Gear 360 may not be the perfect 360 degree camera on the market today, but it could be the best for it’s price. I will hopefully be able to review Samsung’s camera on this blog later in the week.

Daryl Deino has been a technology enthusiast since 1995 and has written for several newspapers and technology sites. Please reach him at [email protected]
View all posts by Daryl →
This entry was posted in Tech News and tagged 360 Cameras, Gear VR, Samsung Gear 360. Bookmark the permalink.