First Impressions: The Galaxy Z Fold 2 May Be The Real ‘Jesus Phone’ 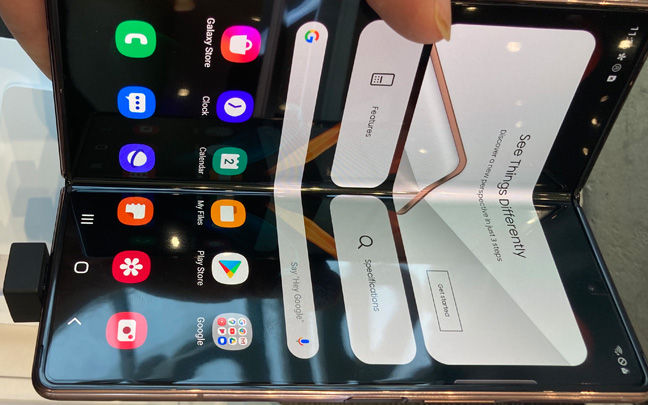 In 2007, the first iPhone was sarcastically referred to as the “Jesus Phone” because so many of its features were so advanced from previous smartphones. Of course, the iPhone really didn’t take off until the 2008 version, the iPhone 3G.

But like the iPhone, the Galaxy Fold version is changing the conversation about smartphones. 2019′s Galaxy Fold had its issues, but 2020′s Galaxy Z Fold 2 looks to be a game changer. And I had a chance to test the new phone out for 10 minutes Wednesday. Here are my first impressions: 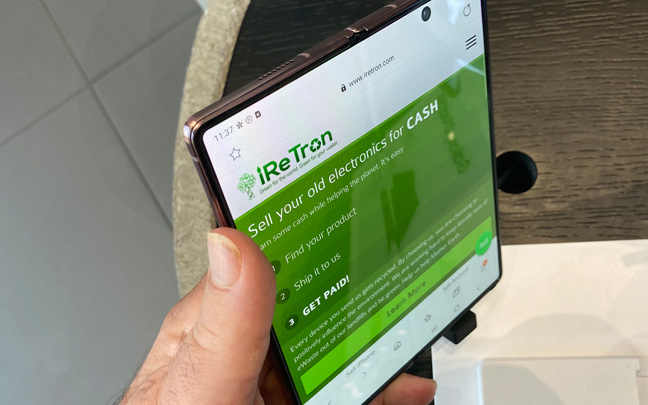 The crease when opening up the Z Fold 2 is not really an issue. 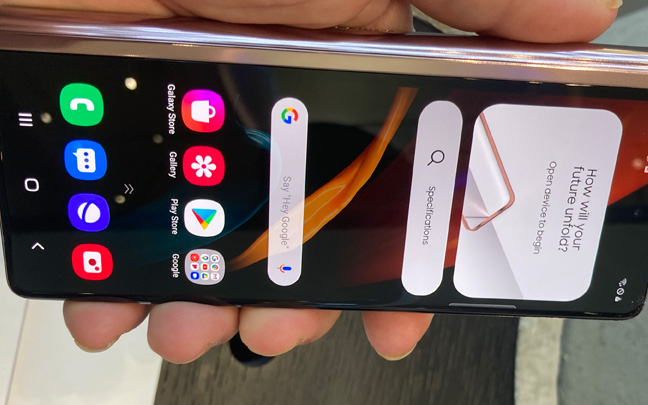 You can actually operate the Z Fold 2 with one hand .

I can hardly wait to do a full review of the Z Fold 2. For now, I can say that Samsung’s latest foldable smartphone has me more impressed than any smartphone I’ve seen in years. It wouldn’t surprise me if the Z Fold 2 becomes the “iPod” of smartphones, especially when the price is reduced.

Daryl Deino has been a technology enthusiast since 1995 and has written for several newspapers and technology sites. Please reach him at [email protected]
View all posts by Daryl →
This entry was posted in Review and tagged Samsung Galazy Z Fold 2. Bookmark the permalink.