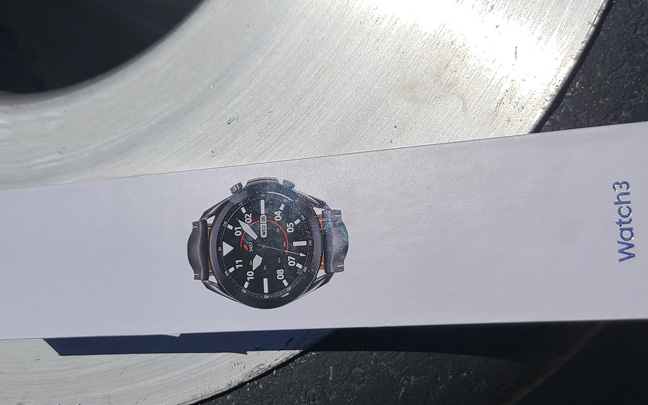 This is the Galaxy Watch3 (and there is no spacing mistake between h and 3).

Besides the Apple Watch, the most successful smartwatch has been Samsung’s Galaxy Watch series. Every year, Samsung has made improvements while keeping the price the same. However, the Galaxy Watch3 costs $399 (41mm) and $429 (44mm) — a $60 price increase from previous versions.

The Smartwatch3 is a stainless steel beauty that has a premium circular design with a leather band. It is somewhat chunky, but Samsung has taken off some of the bulk from previous smartwatches.

Samsung took off the distinctive physical rotating bezel on the Galaxy Watch Active2 in order to provide a touch bezel that mostly worked. However, it feels great to have the smooth rotating physical bezel put back on Samsung’s new smartwatch. And the bezel is thinner and more subtle than it was before.

The 360 x 360 pixel resolution display looks perfect, even at lower brightness levels. As someone with slight vision problems, I can easily say that the display on Samsung’s watch is better than that of the Apple Watch 5, but both are fine. 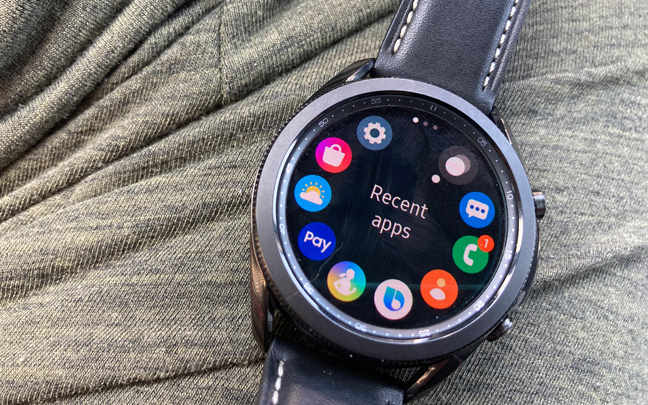 The Watch3 has a crisp display.

After using the Watch3 for a day, it was shocking to find out that it uses the same Exynos 9110 chip as the 2018 Galaxy Watch, along with 1GB of RAM. Perhaps the software has improved because the Watch3 seems faster and more fluid. It also offers slightly more battery life, although two days of average to heavy use is all you are going to get.

Samsung doesn’t have the same variety of apps that the Apple Watch 5 has, but it has everything 95 percent of smartwatch users need. The exercise app has become more accurate and offers tracking for a variety of exercises — swimming, jogging, weightlifting, etc. I found that it counts my swimming yards better than the Apple Watch does. 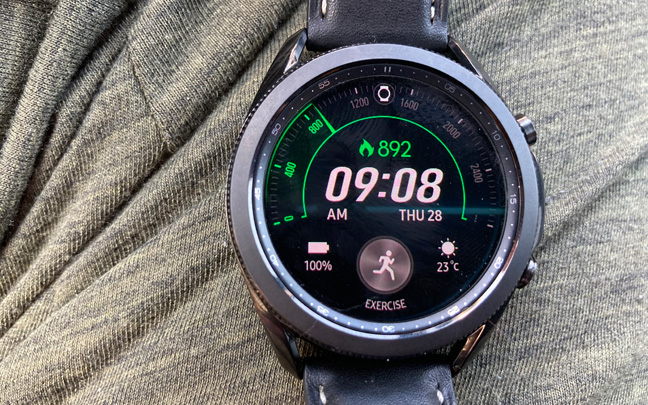 The Galaxy Watch3 is very useful in tracking various types of exercises.

And speaking of the Apple Watch (again….I can’t help myself), I sometimes have problems getting notifications on both the iPhone and Watch at the same time. This was also an issue with previous Galaxy Watches, but the Watch3, when used with the Samsung Galaxy S20+, has never let me down. And I love how firm the vibration of the watch feels when a notification comes through.

So, as you can see, everything about the new Galaxy Watch is great. The only problem with the Watch3 is the price tag. If your pockets are full of the good stuff and you have to own every new product that Samsung comes out with, you’ll be completely happy with the Galaxy Watch3. However, the cheaper Active2 and the much cheaper Galaxy Watch may be a more valuable option for the rest of us.

Daryl Deino has been a technology enthusiast since 1995 and has written for several newspapers and technology sites. Please reach him at [email protected]
View all posts by Daryl →
This entry was posted in Review and tagged Samsung, Samsung Galaxy Watch3, SmartWatch. Bookmark the permalink.